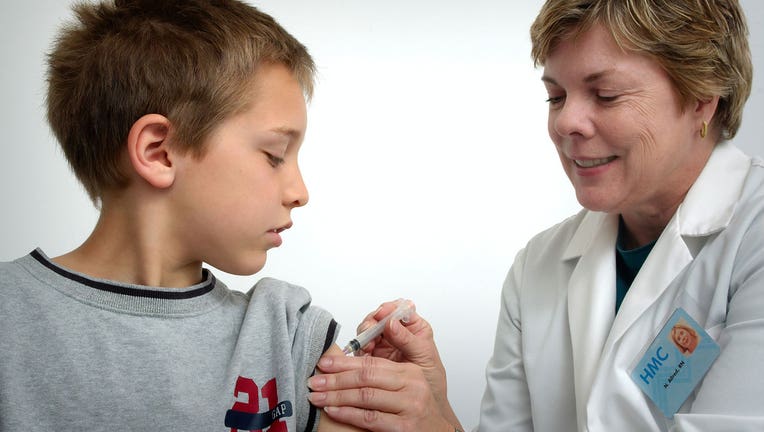 AUSTIN, Texas - According to researchers at the University of Texas at Austin, Texans who are college-educated, live in suburban or urban areas, have higher median incomes and are ethnically white are less likely to vaccinate their children.

According to a press release from UT Austin, UT researchers compared publicly available census data with the number of conscientious vaccination exemptions from public, private and charter schools across Texas.

“The study not only provides a window into local vaccination patterns throughout Texas but also allows us to make predictions. If you don’t have data on the vaccination rate for a given community, you can use demographic factors to predict outbreak risks for vaccine-preventable diseases,” wrote Professor of Integrative Biology, Lauren Ancel Meyers.

Meyers, a computational epidemiologist, and her team at UT Austin studied the top 10 metropolitan areas in Texas including rural, suburban and urban communities. The study found that suburban and higher-income urban communities were more likely to have high vaccination exemption rates than rural counties. Areas with higher percentages of young children, ethnically white people and people with a bachelor's degree were more also more likely to have higher exemption rates.

According to the Department of State Health Services, Travis County currently has a 2.3% vaccine exemption rate across all grade levels. However, Meyers and her research team took a more detailed look at the data and was able to predict pockets within Travis County where the vaccination exemption rates in schools K-8 were higher than 3%.

Researchers mentionthat  a vaccination exemption rate of 3% or higher in a school or school district is considered to be at a high risk of an outbreak of vaccine-preventable illnesses; and a growing number of Texas schools exceed that number.

"This study allows us to detect potential hot spots at a finer geographic scale. The increasing numbers of exemptions are already alarming. In addition, the clustering of unvaccinated children in tight communities only amplifies the risk of an outbreak,” Meyers said.

Meyers and her team estimate that 5% of public schools, 28% of private schools and 22% of charter schools in metropolitan areas of Texas are at risk for an outbreak.

The researchers found that counties with lower median income and a higher percentage of people who spoke a non-English language at home were more likely to have lower vaccination opt-out rates.

The study did not offer any clues about why some demographic groups are opting out of vaccinating their children at such a high rate.