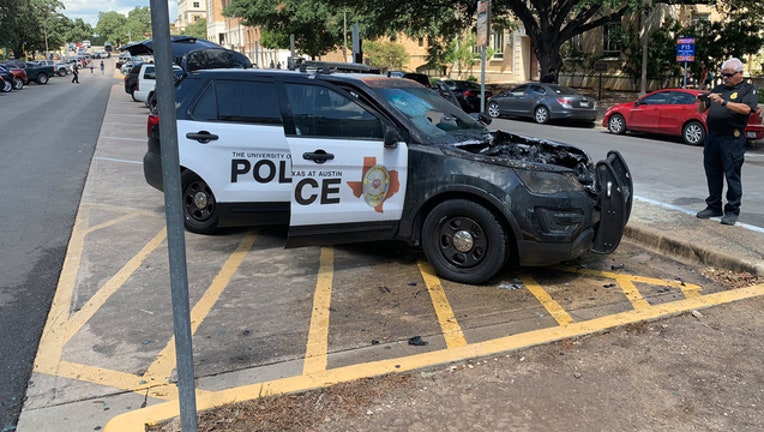 "We had a fire in the engine compartment of one of our patrol vehicles. It is out. Officers are safe. No injuries:" (UTPD)

AUSTIN, Texas - Firefighters responded to the University of Texas at Austin campus after a patrol vehicle for the campus police caught fire on Monday.

The vehicle fire was in the 2400 block of University Avenue, according to UTPD. "We had a fire in the engine compartment of one of our patrol vehicles," the police station explained in a tweet. "It is out. Officers are safe. No injuries."

Two UTPD officers were en route to a student safety seminar when they smelled something in the vehicle, according to UTPD PIO Noelle Newton. The officers pulled over and looked under the hood and noticed that the engine was on fire.

The Austin Fire Department was called and first responders were able to extinguish the fire quickly.

No one was injured, according to UTPD.