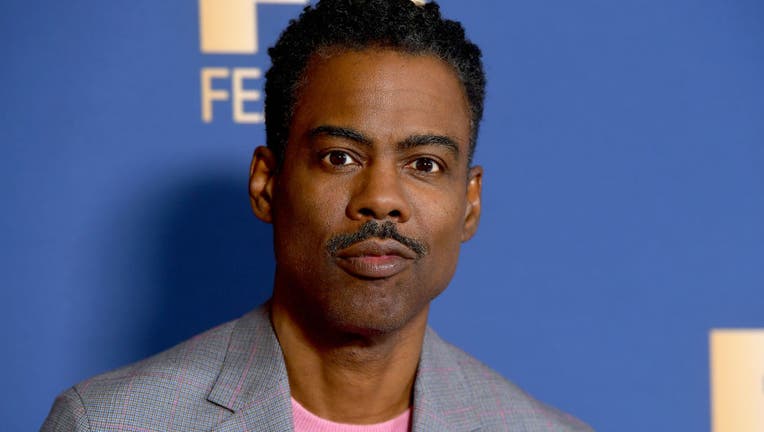 LOS ANGELES - A video of Chris Rock detailing the bullying and sexual assault he endured as a child has resurfaced after he was slapped by Will Smith on the Oscars stage.

On Wednesday night, Rock performed in front of a sold-out crowd in Boston as part of his comedy tour. It was Rock’s first public appearance since he was smacked on live television for the world to see, quickly going viral on social media.

On Hollywood’s Biggest Night, as he presented the award for Best Documentary Feature, he made a joke about Smith’s wife, Jada Pinkett Smith.

"Jada, ‘GI Jane 2,’ I can’t wait to see it," Rock said in front of the Oscars audience. Pinkett Smith rolled her eyes in response. In 2018, the actress was diagnosed with alopecia, which is something Rock was reportedly unaware of.

After seeing his wife’s response and with cameras rolling during the live event, Smith stormed to the Oscars stage and slapped Rock across the face.

While the shocking incident occurred Sunday night, some are still processing what happened, including Rock himself, which he revealed to the crowd in Beantown.

For some, the confrontation was triggering and even confusing. How could this happen?

The Academy of Motion Arts and Sciences said Smith was asked to leave, but he refused. He also later took home the award for Best Actor in a Leading Role for "King Richard." However, witnesses told TMZ the Academy lied and claim a producer told Smith they did not want him to leave.

After being slapped with all eyes on him, Rock, clearly stunned, did not return the hit and kept going.

An interview Rock did on the Howard Stern Show in September 2020 provides some insight into Rock’s response.

The interview with Stern came shortly after Rock revealed he was diagnosed with nonverbal learning disorder as an adult, telling The Hollywood Reporter the condition means he has challenges interpreting nonverbal signals in social situations.

"I’m just an open book," Rock said. "It’s also my way of apologizing to a lot of people without having to call them up. I’m a total weirdo."

Rock goes on to say he only feels confident when he’s telling jokes.

"I suffer from big ego, low self-esteem. And when I say big ego, it’s only about telling jokes."

While Rock is one of the most recognizable names in comedy after decades of success, he admits he often feels undeserving.

"I just feel unworthy of anyone’s attention, of anyone’s love, any accolades, just anything."

Rock briefly talked about his childhood and described it as a "horrible existence." He shared he attended an all-white school and was the frequent target of bullies, often being called racial slurs, being beaten by bullies, and enduring sexual assault, which he called "rape-ish."

Rock grew up in Brooklyn and some of his events as a teen were chronicled in the sitcom "Everybody Hates Chris."