Peachtree City police took out a wrong-way driver who attempted to escape a traffic stop. The driver faces drug and gun charges in addition to dozens of traffic violations.

Gerontay D. Adams, 29, of Stone Mountain, was identified as the driver of that vehicle. He was charged with dozens of traffic violations as well as felony drug and gun charges. In all, Adams faces 64 different charges.

It happened on April 16 in busy Saturday afternoon traffic.

A Peachtree City officer tried to pull over the Chevy Malibu for speeding. Video shows the driver deciding not to stop and sped off.

The video appears to show Adams driving around police stop sticks designed to puncture the tires. Police said that put him in the wrong lanes and that’s when officers decided to take action to end the pursuit.

At speeds of more than 100 mph, video shows Adams driving the wrong way on State Road 74. Police make their move when his car crosses the grass median. Officers ram Adams’ car and disable it. 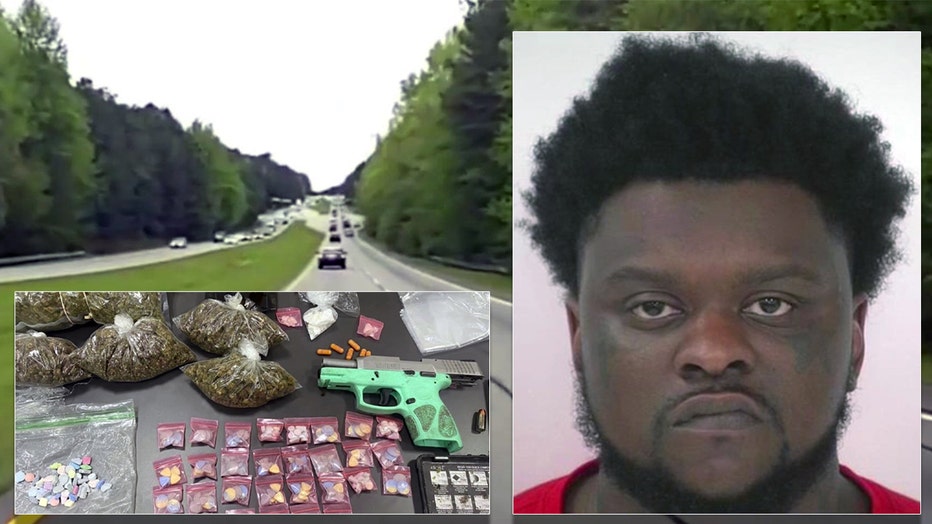 Police said they found a large quantity of drugs in Adam’s car. Marijuana, ecstasy, crack and cocaine as well as a firearm.

Adams was booked on more than 50 traffic charges, also felony drug charges for possession with intent to distribute as well as trafficking. Also, possession of a firearm by a convicted felon and during the commission of a crime.