Video out of Chicago's O'Hare Airport is going viral on social media.

CHICAGO - Video out of Chicago's O'Hare Airport is going viral on social media.

The video shows a catering vehicle going berserk next to an aircraft parked at a gate. The video was taken by Dr. Kevin Klauer, who says he was waiting for a flight when the incident occurred.

According to Envoy Air, a subsidiary of American Airlines, the vehicle was loading beverages on an outbound flight when a case of water fell on the gas pedal, which sent the cart spinning in reverse.

As the cart spun closer to the aircraft, Jorge Manalang, a six-year veteran of Envoy Air, jumped onto a pushback vehicle and intercepted the cart, flipping it over. That decision knocked drinks everywhere, but stopped the crazy cart from injuring workers or the plane. 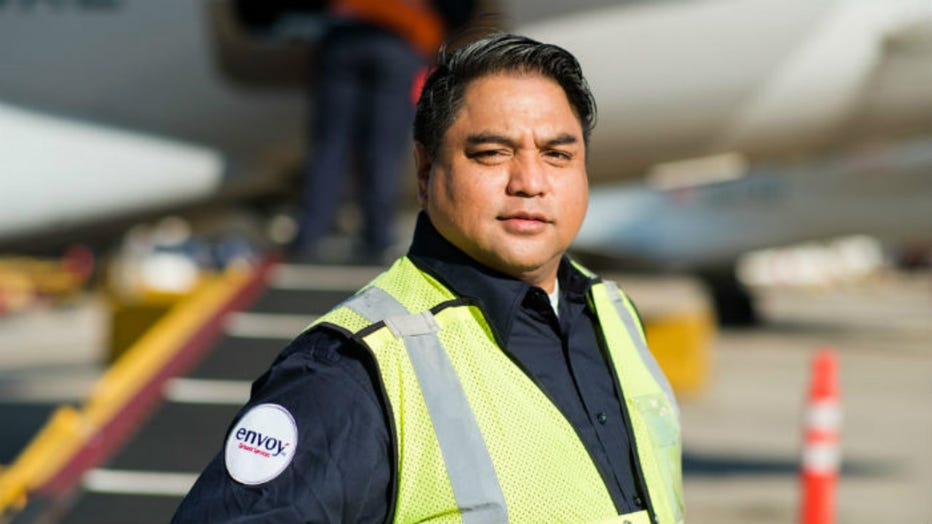 “I was just doing my job,” Manalang said. “Safety is our number one priority and I did not want anyone to get hurt, so I used the pushback to stop the cart.”

Envoy Air says it's planning a special recognition for Manalang for his quick thinking and commitment to safety.

“I’m incredibly proud of Jorge’s actions – he not only prevented severe damage to the aircraft, but more importantly, he prevented what could have been serious injury to his fellow ramp employees or our customers onboard,” said Ricky Deane, Envoy Vice President in Chicago.