NEW BRAUNFELS, Texas - A woman suspected of vandalism at the Comal County Democratic Party headquarters in New Braunfels earlier this week has been identified and an arrest warrant has been issued.

The vandalism occurred on Jan. 11 at the party's headquarters on West San Antonio Street, says the New Braunfels Police Department (NBPD). A day later around 4 p.m., officers responded to reports of a woman standing in the road in the area of Green Valley Road and FM 1044 in New Braunfels. 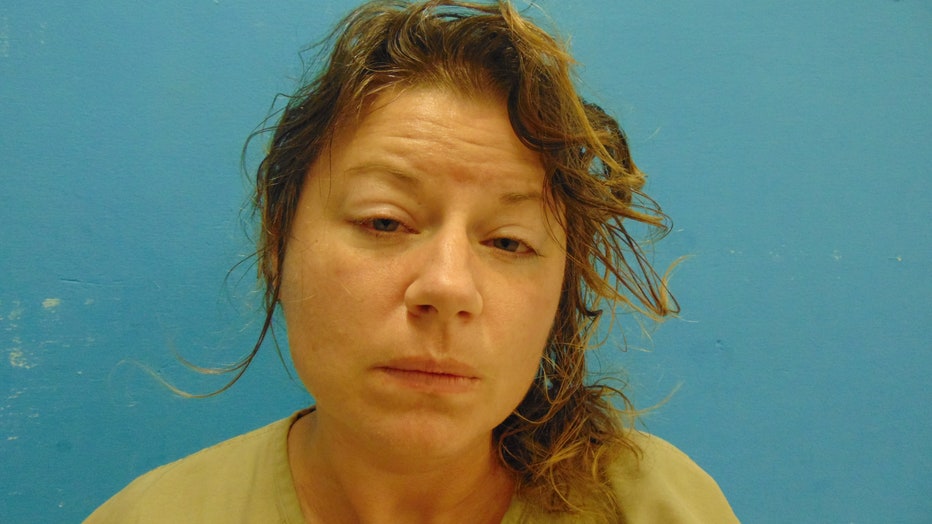 The woman, later identified as 38-year-old Valerie Jean Riedel of New Braunfels, was allegedly throwing rocks and other items at passing vehicles. Riedel was arrested then for public intoxication and taken to the Guadalupe County Jail.

NBPD says that based on a number of factors, including the clothing she was wearing at the time of her arrest, police determined that Riedel was the person responsible for the vandalism.

An arrest warrant was obtained Thursday charging Riedel with criminal mischief, a Class A misdemeanor, punishable by a fine up to $4,000 and/or up to one year in jail.