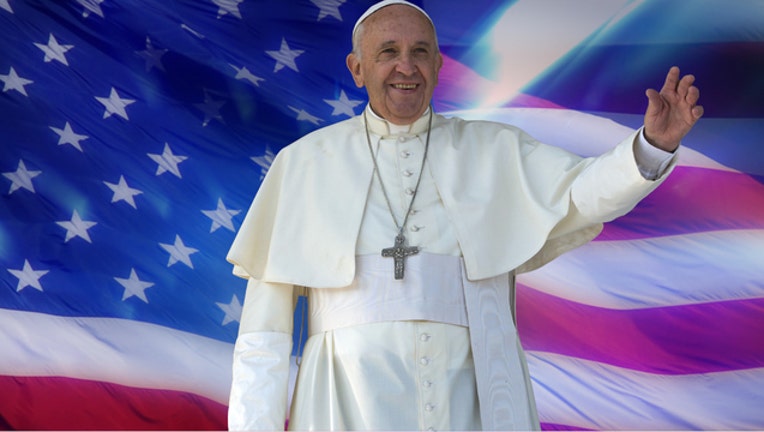 With President Barack Obama, Vice President Joe Biden and their wives on hand ready to greet him, Pope Francis is scheduled to arrive at Joint Base Andrews at 3 p.m. for the beginning of a three-day visit in Washington D.C.

The pontiff departed Cuba slightly earlier than expected Tuesday afternoon after spending the last four days in the Caribbean island nation.
The nation’s capital is the first leg of the three-city trip in the United States for the pontiff.

Pope Francis is scheduled to officially meet with President Obama at the White House on Wednesday. He will also hold mass outside the Basilica of the National Shrine of the Immaculate Conception and address Congress during his D.C. visit.

Francis will then depart for New York on Thursday afternoon where he is scheduled to speak at the United Nations. He will end his U.S. trip in Philadelphia where he will attend a Vatican conference on families.

4:00 p.m. - Arrival in Washington, D.C
Pope Francis arrives at Joint Base Andrews and is greeted by President Obama and Vice President Biden.

11:00 a.m. - Papal Parade in Washington D.C.
Free and open to the public on a first-come first-serve basis. Spectators will need to pass through security

4:00 p.m. - Departure For New York City
Following his visit to St. Patrick’s church, Pope Francis will depart at 4 p.m. from the Joint Base Andrews for New York City.