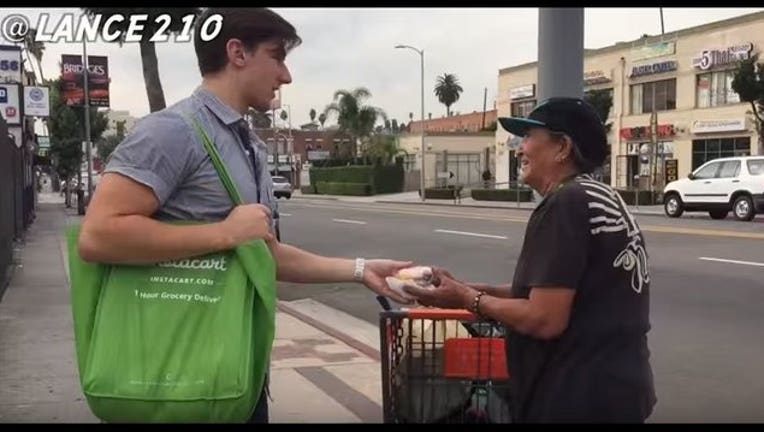 A screenshot from the viral YouTube video shows the teens handing McDonald's sandwiches to the homeless in Los Angeles. (Photo: YouTube / itsLance210)

LOS ANGELES (FOX 11) - Two teens in Los Angeles apparently bought 100 McDonald's sandwiches and handed them out to the homeless.

In a video posted Oct. 29 to YouTube by user itsLance210, the two teens order 100 McDoubles at a restaurant location in Hollywood. The employees seem a bit surprised at the larger order, which comes to a total of $151.51.

The pair then proceeds to walk around handing out hamburgers to people.

Midway through the video, they run out of food and even stop at a convenience store to fill up again with snacks and bottled water.

The video was also shared on Facebook and has received more than 7 million views.