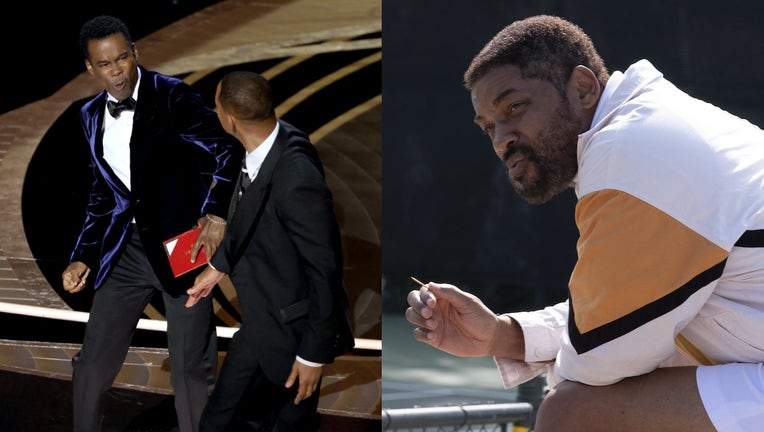 CHICAGO - It’s all but certain that Will Smith’s Oscar win will, at best, come with an asterisk attached. How likely is it that we’ll ever be able to remember the win without thinking of "the slap"?

Smith’s Academy Awards victory may have been — okay, definitely was — over-shadowed by his shocking altercation with presenter Chris Rock following the latter’s gibe about Jada Pinkett Smith’s shaved head (the actress has publicly discussed her struggle to come to terms with her alopecia, an autoimmune disorder that impacts hair follicles and causes hair loss.) But his win happened all the same.

The actor has since apologized for his conduct, both in his acceptance speech and afterward; the latest development is his resignation from the Academy of Motion Picture Arts and Sciences. There will doubtless be more to come in this strange story, but it’s also worth looking back at the performance that got him that gold statuette — especially since Smith himself drew a connection between the incident and the story told by the film. 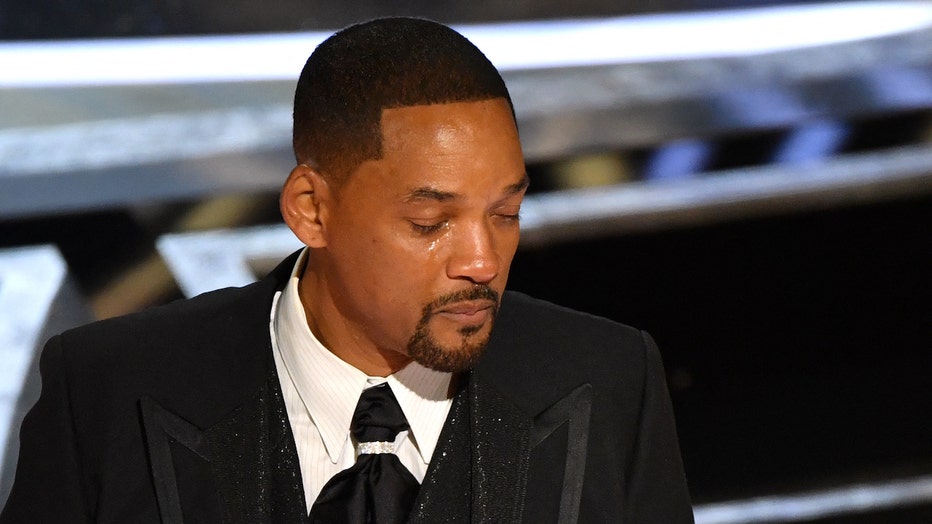 US actor Will Smith accepts the award for Best Actor in a Leading Role for "King Richard" onstage during the 94th Oscars at the Dolby Theatre in Hollywood, California on March 27, 2022. (Photo by Robyn Beck / AFP) (Photo by ROBYN BECK/AFP via Getty I

"It’s the surreality of the Smith slap that lingered," wrote FOX film critic Caroline Siede in her recap of "the chaos Oscars." That surreality only grew, Siede added, "once he actually won Best Actor for "King Richard" — taking home his first Academy Award after two previous nominations and many overtly Oscar-friendly performances. In his tear-filled acceptance speech, Smith drew a parallel between his onstage behavior and the protective streak exhibited by his character Richard Williams (father of tennis legends Venus and Serena Williams) before he eventually apologized to the Academy and the rest of his fellow nominees. The rambling, emotional five-and-a-half-minute speech was tough to watch for any number of reasons — maybe mostly because of the instinctual feeling that this isn’t how any of this was meant to happen."

Does that comparison hold water? In a few years, how likely is it that Smith’s performance will be remembered for reasons beyond the bizarre event that preceded his win? Here’s where you can see "King Richard," what our critics thought and what to watch next. [Allison Shoemaker]

The trailer for "King Richard," now streaming on HBO Max.

The premise: "Based on the true story that will inspire the world, Warner Bros. Pictures’ "King Richard" follows the journey of Richard Williams, an undeterred father instrumental in raising two of the most extraordinarily gifted athletes of all time, who will end up changing the sport of tennis forever. Two-time Oscar nominee Will Smith ("Ali," "The Pursuit of Happyness," "Enemy of the State") stars as Richard, under the direction of Reinaldo Marcus Green ("Monsters and Men"). Driven by a clear vision of their future and using unconventional methods, Richard has a plan that will take Venus and Serena Williams from the streets of Compton, California to the global stage as legendary icons. The profoundly moving film shows the power of family, perseverance and unwavering belief as a means to achieve the impossible and impact the world."

Our critic’s thoughts: A rarity among sports movies 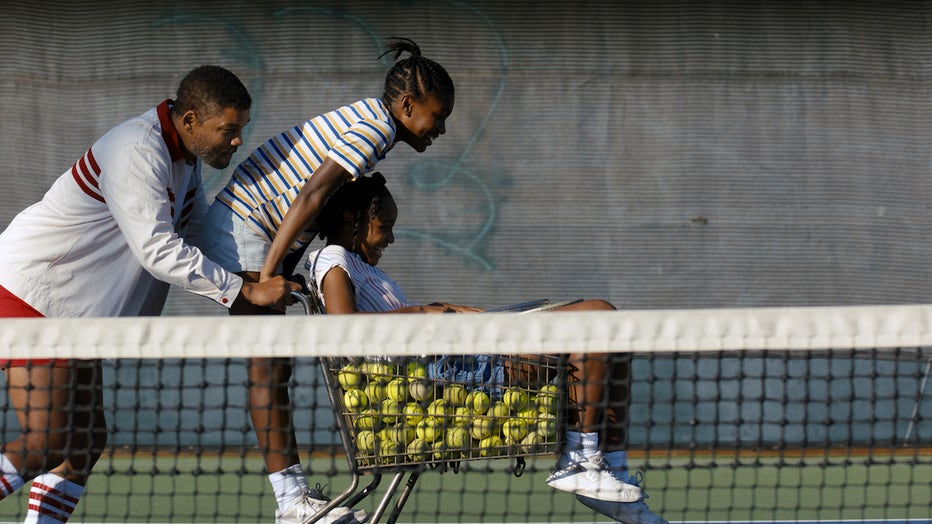 In many ways, "King Richard" is a by-the-book sports movie. The athletes are precocious, talented youngsters from the rough part of town. Their coach is idiosyncratic and tough, but willing to fight against all odds. There is a consistent rise through the ranks leading up to that one big match that will change the athlete’s life forever.

But the thing that differentiates "King Richard" from other such sports movies is this: it is a story about Black athletes, whose major source of support is their Black family. The fact that there are no white saviors, a la "The Blind Side," already distinguishes this film from most of the others in its genre. The fact that there are no lazy tropes of Black representation makes it even more unique. The fact that this is (mostly) a portrait of a loving Black father pushes "King Richard" into rare territory, given how the film industry continues to overwhelmingly fall into the traps of its own prejudice. 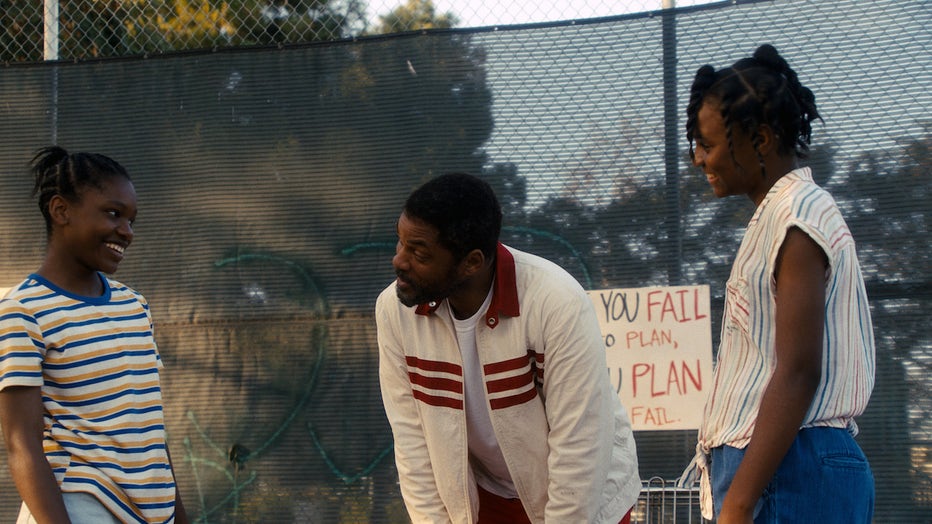 Will Smith’s masterful performance as Richard Williams is, in large part, why the movie soars over its feel-good straightforwardness. The actor approaches the role with the discipline and precision of a sportsman. Aware of his body as the ultimate artistic tool, Smith transforms his physicality to access the inner world of his character. He exudes charm even when Williams is at his most stubborn and provocative, making it almost impossible to root against him even when his decisions are questionable.

There is another way, though, that director Reinaldo Marcus Green tweaks the sports movie formula: he grounds the meteoric rise of Venus and Serena in an earnest family drama. The script can be sentimental, but it possesses enough nuance to skirt accusations of hagiography (for the most part). The drive Venus (Saniyya Sidney) feels to assert her own ambitions, even if they veer from her father’s plans, provides a more compelling foil than that offered by the white tennis establishment. His wife, Oracene (Aunjanue Ellis), also struggles with being overlooked as an integral part of her daughters’ success. 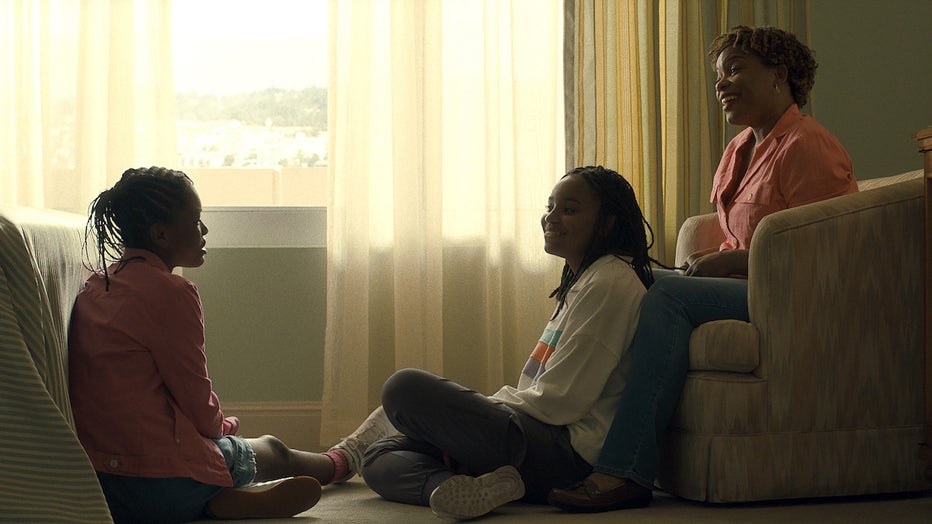 Tennis is almost incidental to the larger story the movie wants to tell. Up until the big match, the sport scenes are brief interruptions, used mostly to punctuate the bratty elitism of the sport vis-à-vis the Williams’ focused competitiveness. The final match more than makes up for this, though. The tension swells, even though the audience knows that the Williams sisters will become the best in the game.

Then again, the resolution doesn’t really hinge on a match point. What we long for is a heartfelt triumph for this family. In that sense, "King Richard" more than delivers. [Ines Bellina]

How to watch "King Richard" 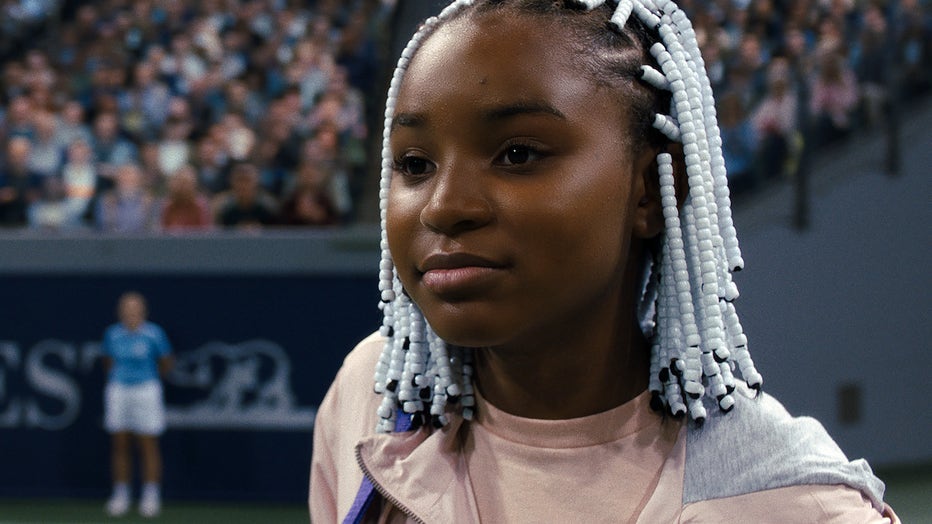 Rent or own: You can rent or purchase "King Richard" on VOD platforms like iTunes, Amazon Prime Video, Vudu and Google Play. It’s also available for purchase on DVD and Blu-ray.

On the big screen: It’s still possible to catch "King Richard" on the big screen, though probably not for long; it’s playing at limited theaters across the country.

About the writer: Ines Bellina is a writer, translator, and bon vivant. You can read her work at The A.V. Club, Consequence, Shondaland, Chicago Magazine, and more. Follow her on Twitter at @ibwrites for her hot takes on #BachelorNation.

For another crowd-pleaser about underdogs and the coaches who love them, consider the Forest Whitaker-starring "Hurricane Season."

Caroline Siede contributed to this report.