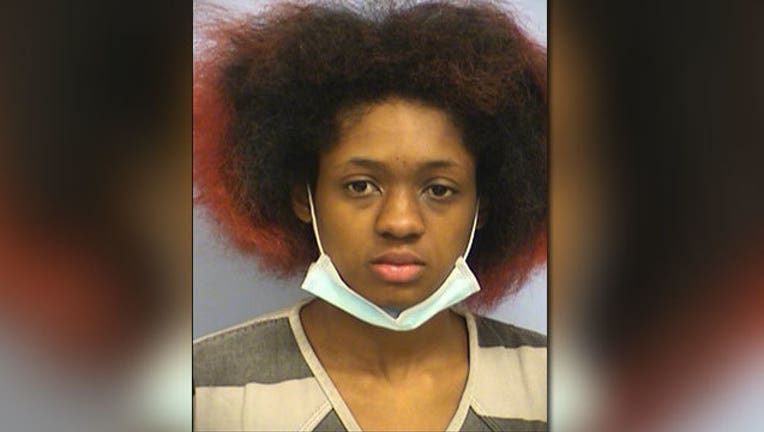 AUSTIN, Texas - A 20-year-old woman has been arrested in connection to a man who was shot to death in north Austin in December 2018.

Autumn King was taken into custody by the Lone Star Fugitive Task Force on Jan. 14 in Pflugerville and has been booked into the Travis County jail.

King was arrested for manslaughter in the death of Eric Charles Allen.

Emergency crews tried to save Allen's life but Allen died before he could be taken to the hospital.

Austin police say that King and Allen were in a relationship and lived together at the Rampart residence.

Police say at the time of the shooting there were two small children in the residence.

Detectives say King told them that she was posing with a rifle and aiming it directly at Allen. She said Allen, who was holding up her phone with his hand, was going to take a Snapchat photo of her when she accidentally pulled the trigger.

The Travis County Medical Examiner ruled the cause of death was from a gunshot wound and the manner of death as homicide.

The case is being forwarded to the District Attorney's office for further review.

Police ask that anyone with information about this incident is asked to call Crime Stoppers at 512-472-TIPS or text "Tip 103" + your message to CRIMES or use the new Crime Stoppers App or email APD Homicide at homcide.apd@austintexas.gov.

You may remain anonymous.