The photos show an object that clearly resembles a tooth but, according to her post's caption, the restaurant denied that the item was a tooth.

SOLIHULL, England - There’s no way to explain it without it being super gross.

A couple from Solihull in the United Kingdom claims that they found what might be one of the worst things someone can find in their take-out Chinese food: a human tooth. Even worse, the restaurant reportedly denied that the item was a tooth, despite the couple's evidence that suggested otherwise.

Stephanie McDonough posted photos of the gross-looking find on her Facebook page. The photos show an object that clearly resembles a tooth but, according to her post's caption, the restaurant denied that the item was a tooth. They instead insisted that it was “gristle from the pork” or that it could be “from the onion.” 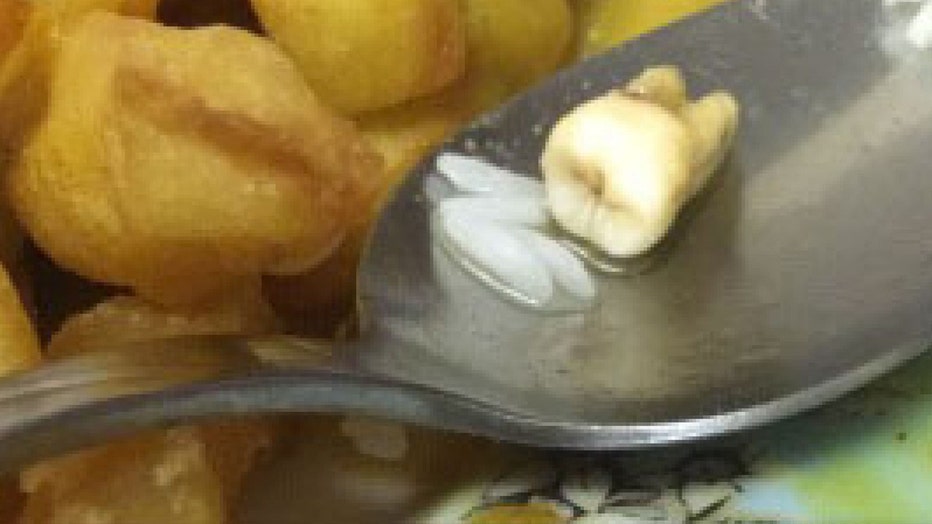 McDonough spoke with Fox News and explained her partner discovered the foreign object after they had already started eating the food. She claimed that he spat out the object after eating “a couple of mouthfuls.”

McDonough explained that Environmental Health (part of the Worcester County Health Department) took the object for testing to determine if it is indeed a human tooth. She also said that they “emptied the restaurant of all cooking utensils to test and investigate those too.” 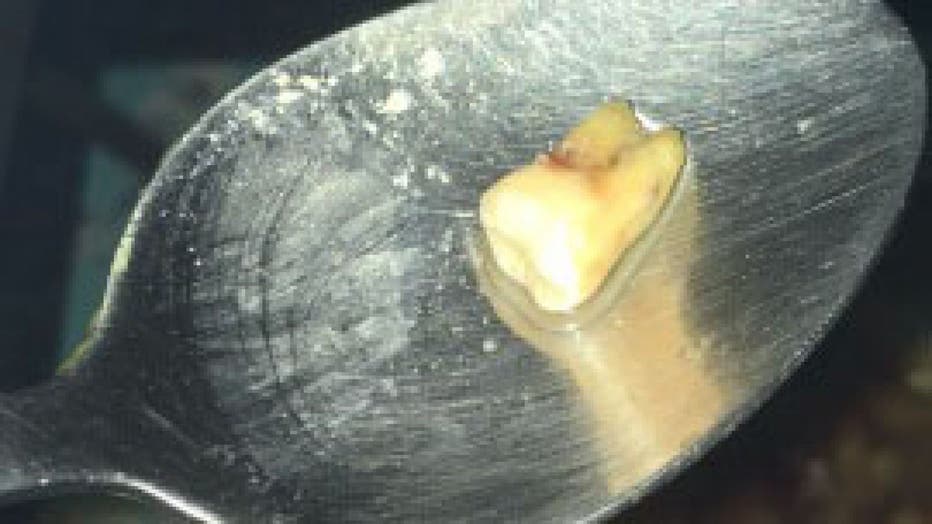 The object has been taken in for testing to determine if it is, in fact, a human tooth. (Stephanie McDonough)

She said they haven’t heard back from the restaurant since last Friday, when the incident occurred.

She’s still waiting for the results of the test.

In the meantime, she said that she’s not planning on having take-out again anytime soon.

Get updates to the story on FoxNews.com.