Police are searching a man who hopped out of an SUV and started shooting and chasing a Highland Park woman as she screamed for her life before he killed her. It was all caught on surveillance video in the middle of the day.

HIGHLAND PARK, Mich. (FOX 2) - A Highland Park woman was shot to death in broad daylight last Friday as she was just steps away from her home and it was captured on home security cameras.

Kayjuan Taylor's final moments were caught on video as a gunman shot multiple times and chased her through between homes as she screamed for her life.

The graphic murder happened on Rhode Island Ave near John R. in Highland Park last Friday. Taylor's walking down Rhode Island when a blue SUV pulls up and a man jumps out from the passenger side and starts shooting at her.

Taylor screams and runs into the backyard but the shooter is right behind her, firing until she's dead.

We’re told she lives just a few houses down from where the shooting happened and she was walking a route she often walked. By the looks of the video, this gunman knew who he was after.

Police tell fox 2 no one else was hurt in the barrage of gunfire but an elderly woman’s window was shot out.

Friends told FOX 2 Taylor was a good person and couldn't understand who would do this - or why.

Michigan State Police have taken over the investigation. In the past week, they have not been able to develop a motive or suspects.

The best description they have is the blue SUV at the scene caught by home surveillance. Anyone who knows what happened to Taylor is asked to call police.

A gofundme link has been set up for the victim. You can find it here. 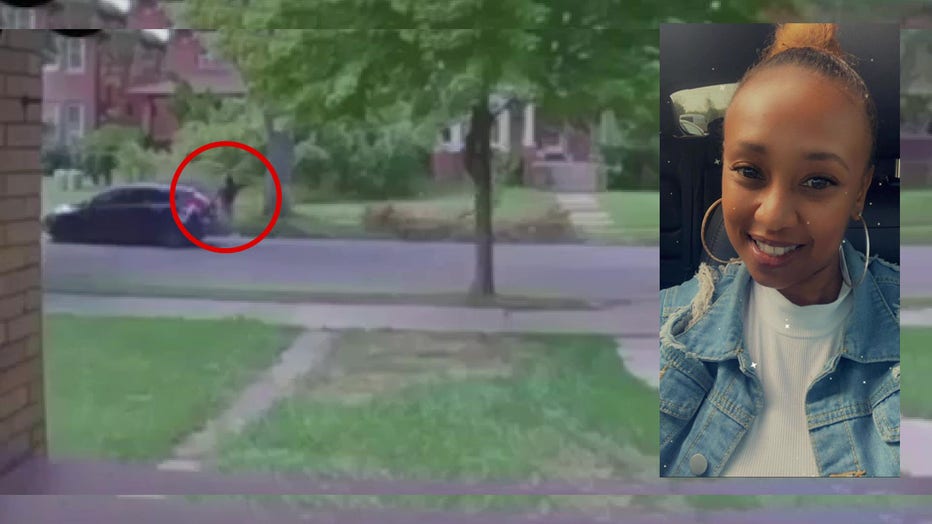 Kayjuan Taylor was murdered on Friday, Aug. 26 in broad daylight in Highland Park.