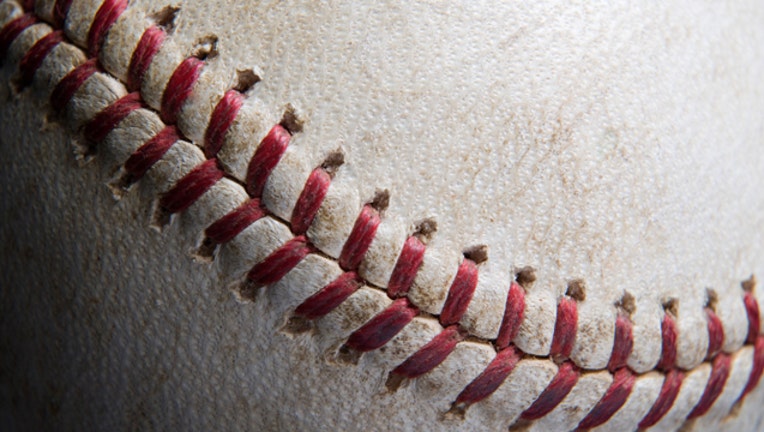 TORONTO (AP) — Back in the homer dome with their rowdy fans, Troy Tulowitzki, Josh Donaldson and the Toronto Blue Jays quickly got into the swing of the AL Championship Series.

Tulowitzki and Donaldson both connected in a six-run third inning Monday night, and the Blue Jays roughed up Johnny Cueto for an 11-8 victory over the Royals that cut Kansas City's series lead to 2-1.

"I feel like we've played better at home and I felt like the entire night we had great at-bats," Donaldson said. "Not just good at-bats, great at-bats."

Ryan Goins also homered and had a two-run single, one game after his misplayed pop fly set off Kansas City's winning rally Sunday.

The resilient Royals tried to come back this time, too. Kendrys Morales capped a four-run surge with a two-run homer in the ninth before Roberto Osuna closed it out.

"We're just going to keep fighting," Kansas City outfielder Alex Gordon said. "We've got a lot of competitors on this team and that's what you see."

Even with a big lead, Tulowitzki lost his cool. He was given a rare playoff ejection for arguing balls and strikes before the top of the eighth.

Tulowitzki, who struck out looking in the seventh, was restrained by teammates as he argued with plate umpire John Hirschbeck when the Blue Jays took the field. Toronto manager John Gibbons and bench coach DeMarlo Hale also came out to break it up.

Despite being outhit 15-11 by the pesky Royals, Toronto pounced on Kansas City pitching in the first ALCS game at Toronto since 1993. The Blue Jays scored their most runs ever at home in the postseason — after mustering just three in two games at Kansas City.

"You could not tell in the clubhouse if we're down 0-2 or up 2-0," winning pitcher Marcus Stroman said. "What we have is extremely special. The confidence that everybody has with everybody is amazing."

Seemingly not distracted by the contentious federal elections being held in Canada on Monday, 49,751 fans serenaded Cueto with a sing-song "Cueto-Cueto!" chant from the game's first pitch and never quieted down.

The Royals took a quick lead when Alcides Escobar opened the game with a triple and scored on Ben Zobrist's grounder. But that was the only advantage Kanas City held in having its nine-game ALCS winning streak snapped. The string dated to the 1985 series against Toronto.

Blue Jays center fielder Kevin Pillar quashed the early rally with a fantastic, over-the-shoulder catch that sent him crashing into the wall.

After an easy first, Cueto appeared flustered by the crowd. Eleven of his remaining 13 batters reached and at one point in the third inning he threw his hands up in frustration after gesturing for a new cycle of signs from catcher Salvador Perez.

Goins singled in two runs in the second after Tulowitzki singled with one out and Russell Martin was hit by a pitch that knocked off his left elbow guard. Goins pulled into second on the throw home and shouted and pumped his arms.

"There's no need to put any extra pressure on yourself," Goins said when asked if he was looking for redemption. "Just come out and do what I've been doing all season — whatever I can do to help this team win is what I'm going to do."

David Price, the losing pitcher in Game 2, led the cheering from the top step of the dugout.

When Goins scored on Donaldson's hit, he was greeted first by the enthusiastic Stroman.

"He's been carrying that load around a little bit," Gibbons said of Goins. "But he stepped up, really got us on the board with that great at-bat, picking up those two runs, base hit to left and then, of course, the home run."

Nursing a sore shoulder that sidelined him in September, Tulowitzki entered in a 4-for-29 postseason slump. But he connected for the Blue Jays' first ALCS homer after Edwin Encarnacion singled and Chris Colabello walked to start the third.

"Battling with the shoulder at times, but trying to gut it out," Tulowitzki said.

Cueto was coming off a dominant, eight-inning performance in Game 5 of the ALDS, retiring his last 19 batters. But after giving up Pillar's RBI double in the third, he was done.

The dreadlocked Dominican gave up six hits and eight runs in two-plus innings. He walked four and hit a batter with a pitch.

As fans sang Cueto off the field, he smiled and tossed his gum near the Royals dugout.

"That's just part of my DNA. That's what comes out, but there wasn't any laughing about it," he said through a translator.

Donaldson connected for a 9-2 lead two batters after Kris Medlen entered. Goins homered off Medlen in the fifth as Toronto matched its postseason best with three homers in a game. The Blue Jays also hit three against Texas in Game 4 of the ALDS.

Stroman gave up four runs and 11 hits in 6 1-3 innings. The 24-year-old returned from a torn knee ligament in March to go 4-0 down the stretch and get the win in Game 5 of the ALDS.

Blue Jays fans were confident enough with a 10-4 lead to sing "Happy Birthday" to Jose Bautista when he came to bat in the sixth. Bautista drove in a run in the eighth.

The bookish Young, a Princeton grad, and Dickey, who has talked about his desire to be a teacher, were twice teammates, with Texas (2003-04) and the Mets (2011-12). Young hasn't started since Oct. 2, but pitched in relief in Game 1 of the Division Series. Dickey was lifted with two outs in the fifth against Texas in the Division Series with Toronto leading by six runs.