Here are the games you should look out for this weekend.

Love soccer and want to learn more? Learning to get into soccer but not sure where to start? You're in the right place.

John Strong is a play-by-play broadcaster for FOX Sports and all-encompassing soccer enthusiast. Check out his latest insights from the league.

One of the things that makes Major League Soccer unique and special among soccer leagues worldwide is that it is younger and growing. Those lucky enough to be part of it, whether as a player, an analyst or even as a fan, have opportunities not just to read about the history of the league and its clubs, but to be a part of it.

That’s what we get to do this Saturday afternoon: be a part of the history of Inter Miami as the expansion team plays its first ever home game.

MLS history tells us that while expansion teams —with the exception of outliers like Atlanta United and LAFC — frequently struggle in their first few seasons, they also very often win that first game at home. They ride the emotion and enthusiasm of the fans to overcome the growing pains they may be experiencing on the field. 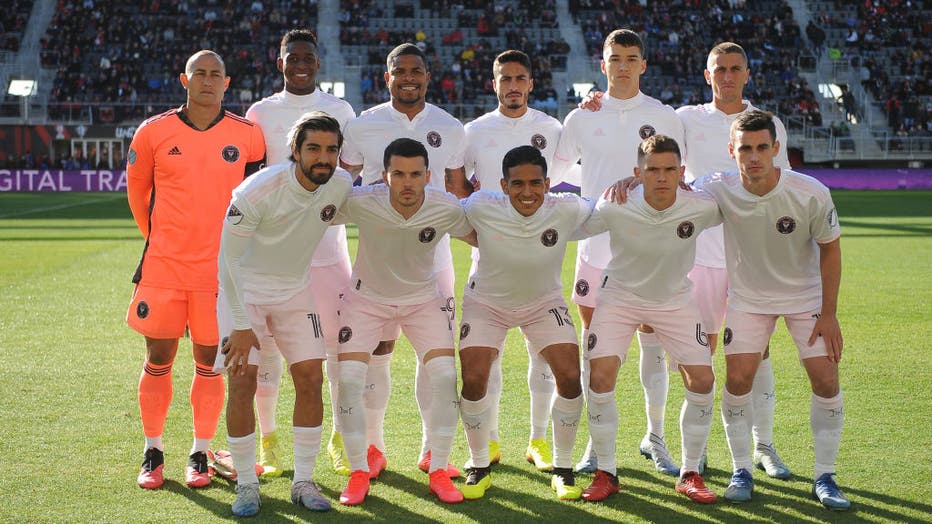 In saying that, Inter Miami hasn’t looked that bad at all in their first two games. A battling loss lead to a moment of magic from reigning MLS MVP Carlos Vela. The team then took the lead but lost after a red card took away defender Roman Torres — and what might have been Miami’s second goal — over DC United.

On Saturday, they take on an LA Galaxy team that is also facing heavy expectations but has, so far, looked like a work in progress.  Mexican superstar Javier “Chicharito” Hernandez, a new arrival to the team, has lit up the late night talk show circuit but not the scoreboard. Hernandez has yet to register a single shot on goal as his team tied against Houston before the Galaxy slumped to a loss in their home opener last weekend against Vancouver.

But the atmosphere this Saturday looks to be celebratory for both teams. So much is still brand new and coming together. And considering he's part-owner of Inter Miami and a former star for the Galaxy, any appearance from David Beckham sprinkles that much more glitz and glamour onto the opening.

Who else will show up and write themselves into MLS history in the league's 25th season?

Other Games to Watch: 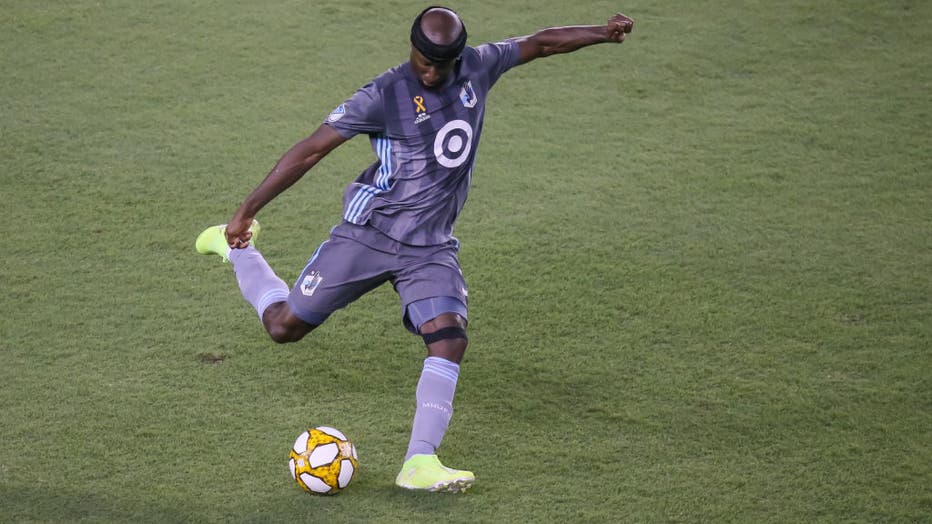 HOUSTON, TX - SEPTEMBER 11: Minnesota United defender Ike Opara (3) sends the ball down the pitch during the MLS soccer match between the Minnesota United FC and Houston Dynamo at BBVA Stadium on September 11, 2019 in Houston, Texas. (Photo by Leslie

Another game on FOX Sports this week features two teams trending in opposite directions. Minnesota struggled in their first two years as an expansion team (see: Inter Miami), but last year all the pieces came together. Led by MLS Defender of the Year Ike Opara, and with an incredible atmosphere at the brand new — and beautiful— Allianz Field, “The Loons” made the playoffs for the first time as the 3rd seed in the West.

This year, they’re off to a flying start ahead of their 2020 home opener with a league-high eight goals scored in wins at Portland and San Jose.

New York has molded themselves into one of the best teams in MLS in recent years. Led by a pipeline of homegrown players, many of whom have gone on to fame with the U.S. National team and fortune in Europe, the Red Bulls have won three Supporters Shields in six seasons.

But the departures of those players have left holes to fill. With club icons Luis Robles (Miami) and Bradley Wright-Phillips (LAFC) now gone as well, the pressure is on coach Chris Armas to shepherd through the next generation of Red Bull stars. 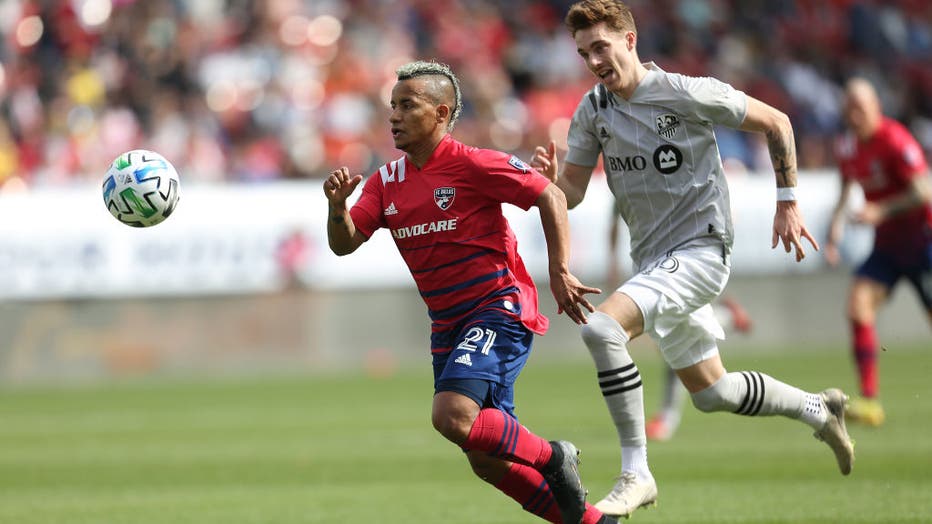 The Blue Half of New York’s MLS rivalry has a lot on their plates right now. With new coach Ronny Delia in charge, they’re in the midst of a CONCACAF Champions League run, including the first leg of their quarterfinal series against Mexican powerhouse Tigres three nights before Dallas comes to town.

That’s why losing their first two league games of the season — and not scoring a goal yet — should be taken in some context. Still, New York City don’t want to dig themselves too deep a hole in the standings early in the season.

Dallas meanwhile has become the standard-bearer for what is possible for a team if they invest in their youth academies. No other MLS team has:

One of those youngsters, 17-year-old Ricardo Pepi, scored in the 96th minute last weekend as Dallas came back from two goals down to tie Montreal. 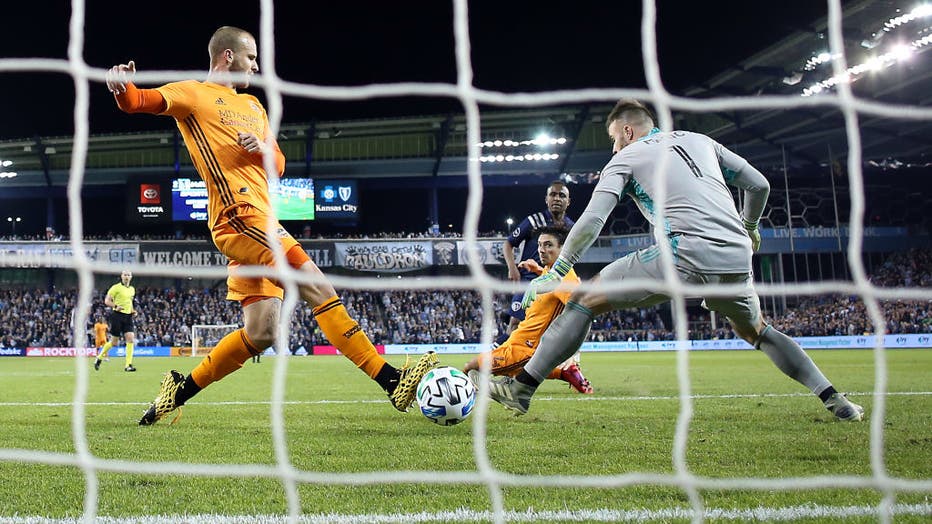 KANSAS CITY, KANSAS - MARCH 07: Goalkeeper Marko Maric #1 and Aljaz Struna #5 of Houston Dynamo let in a goal by Gadi Kinda #17 of Sporting Kansas City during the game at Children's Mercy Park on March 07, 2020 in Kansas City, Kansas. (Photo by Jamie

The Dynamo have been one of the biggest enigmas in MLS the past few seasons. They possess a pedigree of success (four MLS Cup appearances and two titles, and a US Open Cup triumph in 2018), a fantastic downtown stadium and a roster stocked with players that possess both attacking flair and international experience.

Yet, there's a feeling that the best is yet to come for a club that’s missed the playoffs the last two years. That’s where Tab Ramos comes in.

One of the most respected players in U.S. National Team history, he’s coached the Under-20 national teams to unprecedented success in recent years, and now has the reigns of a professional club team for the first time.

The closest Houston has come to a title in recent years was 2017 when they fell in the Western Conference Finals to the Seattle Sounders. That was part of Seattle’s run to three MLS Cup appearances in four years, including their second title just last November.

The Sounders have not always been the fastest starters in their MLS seasons. But with new signing Joao Paulo off to a fast start, and with — in my opinion — one of the most important National Team players in Jordan Morris coming off a career year in 2019, the Sounders have no interest in letting Atlanta, LAFC, or anyone else knock them off the top of the MLS mountain.