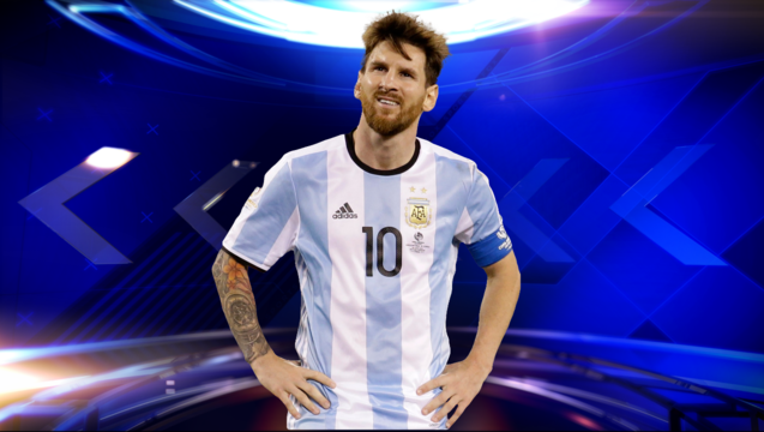 Lionel Messi's surprising decision to stop playing for Argentina could damage his legacy with the national team and fans back home.

If Messi sticks to his announcement, made in the heat of the moment shortly after Argentina's penalty shootout loss to Chile in Sunday's Copa America final, Argentina will be left dwelling on the fact that it was not able to win any significant title despite having one of the best players of all time.

Many fans back home didn't like the fact that he thrived in his adopted country Spain but failed to consistently produce brilliant performances with the national team.

Some national team fans resorted to social media, calling their biggest star a quitter and saying that the 29-year-old would still be young enough to at least try to help Argentina win the coveted title in the 2018 World Cup in Russia.

Messi moved to Barcelona in 2001 when he was 13 and never seemed to be as welcome at home as he was in Spain with the club that made him the star he is today. His connection with Barcelona grew stronger over the years and some fans back in Argentina were bothered by it, especially when success continued to elude the national team.

"I think this is best for everyone. First of all for me, and then for everyone," Messi told the Argentine network TyC Sports not along after missing a penalty kick in the shootout. "I think there's a lot of people who want this, who obviously are not satisfied, as we are not satisfied reaching a final and not winning it."

Messi was clear about his intentions but a change of heart cannot be ruled out considering he was speaking after just falling short of the title in heartbreaking fashion.

"It's been four finals, it's not meant for me," Messi said.

If Messi doesn't reconsider the decision and indeed ends his international career without a major title, he will fall further behind former great Diego Maradona in the always lively discussion in Argentina about who was the best player of all time, Maradona or Messi.

Some of Maradona's best moments came while wearing the jersey of Argentina, which he led to the World Cup title in 1986 and to a runner-up finish in 1990.

Messi played in three World Cups, taking the team to the final in 2014 but playing a lackluster game in the loss to Germany, when he missed an easy scoring chance early in the second half that could have changed the outcome.

Messi's only triumphs with Argentina came at the 2005 Youth Championship, a tournament played with under-20 squads, and the 2008 Olympic Games in Beijing, when he helped the team win the gold medal. He lost three Copa America finals (2007, 2015 and 2016) and was on the team eliminated at home in the 2011 quarterfinals of the South American competition.

"That's it, I've already tried enough,' he told TyC. "It pains me more than anyone not being able to be a champion with Argentina, but that's the way it is. It wasn't meant to be."

With Barcelona, it has been nothing but success for Messi, who led the Spanish giants to four Champions League titles and three Club World Cup trophies. He also won eight Spanish league titles, scoring 453 competitive goals in 531 games, including a league-record 312.

He is Argentina's career leading scorer with 55 goals in 113 international appearances.

Argentina's next competitive match is a World Cup qualifier against Uruguay in September, but now it's uncertain what kind of team it will have then, as other players from Messi's generation may also decide to leave the national team.

Messi, meanwhile, is expected to return to preseason with Barcelona in Spain, where it should be another successful season for him at the club level.

Tales Azzoni on Twitter: http://twitter.com/tazzoni. His work can be found at http://bigstory.ap.org/content/tales-azzoni