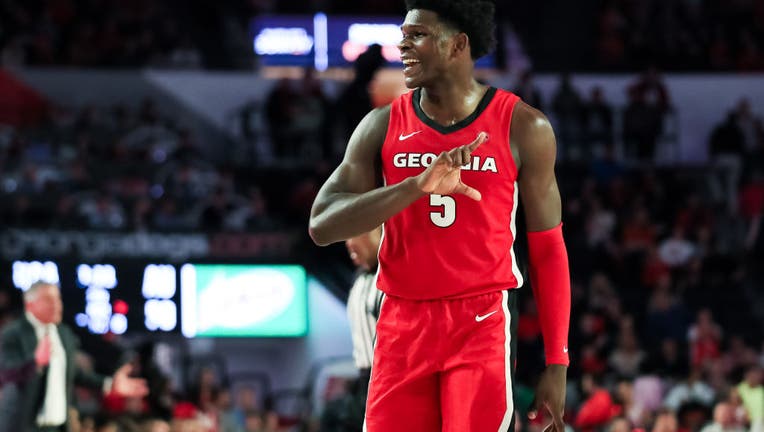 The Minnesota Timberwolves selected Anthony Edwards with the No. 1 overall pick in the 2020 NBA Draft on Wednesday.

The 19-year-old shooting guard averaged 19.1 points, 5.2 rebounds and 2.8 assists on 40.2% shooting during his freshman season with the Georgia Bulldogs.

Edwards, an Atlanta native, finished third in the SEC in scoring, earning the Freshman of the Year and was named to the All-Conference second team, according to FOX Sports.

Commissioner Adam Silver announced the pick from ESPN headquarters in Bristol, Connecticut. The draft was originally scheduled for June 25 before multiple delays caused by the coronavirus pandemic pushed it back out and out of its usual home at Barclays Center in Brooklyn. Boxes of hats were shipped to the top prospects to put on the one they needed after their name was called.

Edwards watched while seated next to portraits of his late mother and grandmother. They both died of cancer.

The Golden State Warriors, stung by the news that Klay Thompson sustained another leg injury earlier Wednesday, took Memphis center James Wiseman with the second pick. They stumbled to the bottom of the league while Thompson missed the entire season with a torn ACL in his left knee.

The severity of his injury had not been revealed as the draft began but it didn’t persuade the Warriors to take another guard. Instead, they went with the 7-foot-1 center who arrived as the No. 1 recruit out of high school and averaged 19.7 points and 10.7 rebounds in three games before he was suspended for eligibility reasons and eventually left the program to prepare for the draft.

LaMelo Ball then went to the Charlotte Hornets, the next stop on a lengthy basketball journey that sent the guard from high school in California to stops as a professional in Lithuania and Australia.

This is a developing story. Previous reporting below.

Professional sports leagues in the United States each hold annual drafts, but they use different methods in determining the draft order.

There was no dancing on the court after a March Madness victory. No bounding onto the stage in a spiffy suit to meet the commissioner in June.

The coronavirus pandemic wiped out the traditional end of a college career and the usual start of a pro one. Players such as Anthony Edwards, LaMelo Ball and James Wiseman should be about a month into their rookie seasons by now, but their plans were put on hold.

After multiple delays, the NBA draft finally arrives Wednesday. Like everyone else in 2020, this year's class of players has tried to make the best of their difficult circumstances.

The freshman guard from Georgia is one of the leading candidates to be picked first by the Minnesota Timberwolves. Ball, a guard who skipped college to play professionally overseas, and 7-foot-1 Memphis freshman center Wiseman are the other headliners in the class.

The draft is usually held in June in New York, where Adam Silver announces the first-round picks. The top players sit at tables in the front of the arena and when their names are called, put on a hat with the logo of the team that picked them and walk onto the stage for a handshake and a photo with the commissioner.

This time, Silver will be announcing the picks from the ESPN campus in Bristol, Connecticut. Players have been shipped boxes of hats for wherever they will be watching to choose the one they need when their name is called.

It's not the draft night they wanted, but the excitement of becoming a pro player won't diminish. Not when they've been waiting since March, when sports stopped just days before the selection of the NCAA Tournament field, to start playing ball again.

“I mean, playing in games, I missed it a lot. But at the same time, this extra time, it’s only helping me,” said forward Obi Toppin, the national college player of the year from Dayton.

“I feel like I’m more prepared and mentally prepared for when the time comes, and I feel like when I’m on the court and that jump ball goes up, I feel like I’ve been waiting so long that it’s going to be an amazing feeling.”

The Golden State Warriors have the No. 2 pick, a chance to add a top young player to a team that reached five straight NBA Finals before tumbling to the bottom of the league when Stephen Curry and Klay Thompson were injured. Charlotte picks third, followed by Chicago and Cleveland.

The teams lacked some resources to evaluate players, without the normal draft combine in Chicago or the ability to invite players to their facilities for meetings and workouts. Perhaps that's partly the reason there is no consensus No. 1 pick this year like Zion Williamson in 2019. 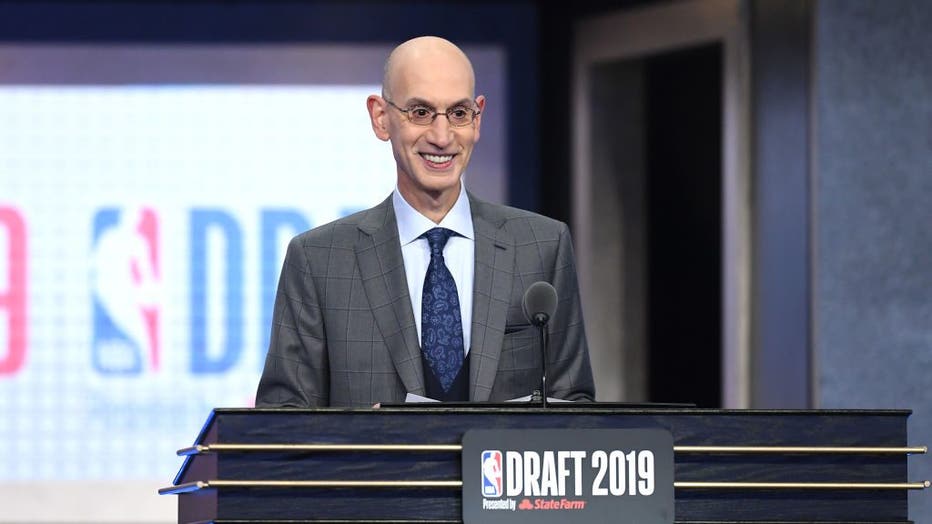 “I would say the analysis is fair. There is no guy that has separated themself from the pack, from public or external view," Timberwolves President Gersson Rosas said.

Edwards believes the lack of an NCAA Tournament hurt the players. They couldn't make a final collegiate statement like Ja Morant did when he turned in a triple-double in an upset victory for Murray State in the first round of the 2019 NCAA Tournament. That helped secure him as the No. 2 pick behind Williamson and he was a runaway winner of the Rookie of the Year award after nearly leading Memphis to the playoffs.

Wiseman wouldn't have had that chance anyway. He averaged 19.7 points and 10.7 rebounds in three games after arriving as the nation's No. 1 recruit, then was suspended by the NCAA for eligibility reasons and announced he was leaving the program to prepare for the draft.

He worked out for only the Warriors and Hornets, suggesting the Wolves may be choosing between Edwards and Ball with 2015 No. 1 pick Karl-Anthony Towns entrenched as their man in the middle.

If it's Ball, he ends a run a 10 straight one-and-dones to be the No. 1 pick. Blake Griffin in 2009 is the last non-college freshman to be the top selection.

Ball didn't do college at all, playing professionally in Lithuania and Australia. It certainly wasn't the smoothest path to the NBA, which perhaps makes him the perfect player to handle a year when everything else about the draft process has been upended.