ROUND ROCK, Texas - Round Rock Express' own Ryder Ryan is heading to Tokyo to represent the US and Round Rock at the 2021 Olympic Games. 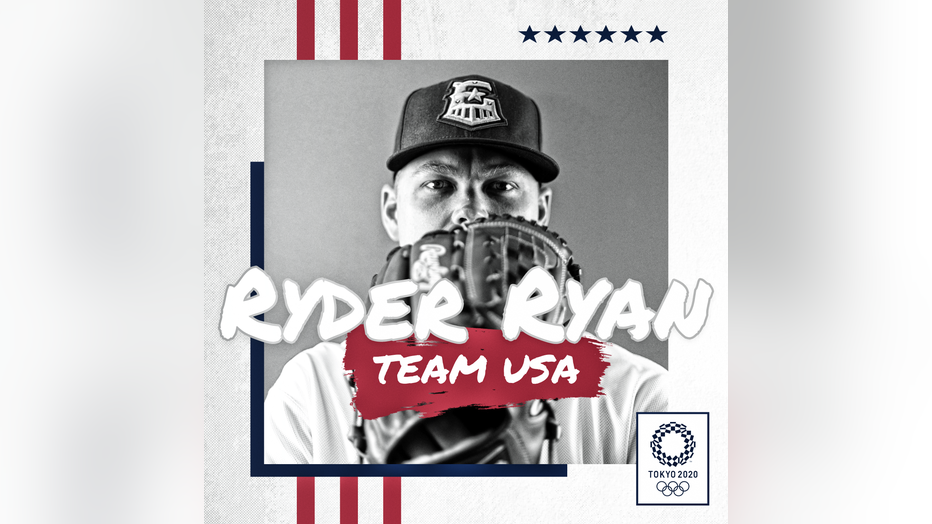 The only other player in Express history to represent the United States in the Olympic Games was right-handed pitcher and former Houston Astro Roy Oswalt during the 2000 Games in Sydney, Australia, where the Americans topped Cuba 4-0 to win the country’s first and only baseball gold medal.

Opening Day for Round Rock Express at Dell Diamond

After more than 600 days, the Express is back! FOX 7 Austin's Tierra Neubaum has a look at what to expect.

Ryan made his Triple-A debut earlier this summer and has spent the 2021 season with the Express, combining to go 1-2 with a 3.72 ERA (8 ER/19.1 IP) in 17 relief appearances. Ryan has struck out 22 and walked 13 while holding opponents to a .240 batting average. He has also tallied a pair of saves during his time in an E-Train uniform.

Ryan also set a season high with four strikeouts in 1.1 shutout innings of relief on June 5 against El Paso, says the team. The reliever also tossed a perfect 1-2-3 inning in last night’s contest against Sugar Land.

Ryan was acquired by the Texas Rangers last December in a trade with the New York Mets that sent fellow Team USA infielder Todd Frazier to New York. The 26-year-old was originally selected by the Cleveland Indians in the 30th round of the 2016 MLB Draft out of the University of North Carolina. In five Minor League seasons, Ryan has combined to go 11-11 with a 3.56 ERA (75 ER/189.2 IP), 207 strikeouts and 82 walks in 140 games. He owns a career .231 opponent batting average to go along with a 1.29 WHIP.

Ryan was previously named a Midwest League All-Star while pitching for Class-A Lake County in 2017 before being traded from the Indians to the Mets for outfielder Jay Bruce. He was also named a Florida State League All-Star with High-A St. Lucie in 2018.

It's been more than 600 days without Express baseball and the team opened the AAA season with a nice mix of rehabbing veterans and young prospects.

Team USA is one of six nations competing for a gold medal as baseball returns to the Olympic Games for the first time since 2008. Joining the United States in Tokyo will be the Dominican Republic, Israel, Japan, Korea and Mexico.

Play begins with a group round consisting of two pools of three nations each. Team USA is slotted in Group B alongside Israel and South Korea. Each team plays each other once to determine seeding for the double-elimination knockout round. The final two teams standing after the knockout round then face off in a single-elimination gold medal game on August 7.

The Olympic baseball tournament begins on July 28 before Team USA takes the field for the first time in a showdown with Israel on July 30 at 5 a.m. CDT. The Americans will later face Korea on July 31 at 5 a.m. CDT.