What should go in your hurricane kit?

FOX 26's John Dawson takes a look at some of the gadgets and other items you should have ready, just in case.

FORT COLLINS, Colo. - The experts at Colorado State University and the National Oceanic and Atmospheric Administration released their updated 2022 Atlantic hurricane season outlooks Thursday. Both organizations decreased the forecast number of named storms from what they initially predicted in earlier outlooks, but they say you should still prepare for an active season.

"We're knocking down our forecast numbers a bit," Phil Klotzbach, lead author of the CSU forecast, told FOX Weather. "That's not necessarily due to the quiet period we've had lately, but more due to the large-scale circulation becoming slightly less favorable."

HOW THE CSU FORECAST IS MADE

NOAA expects a similar outcome to the Atlantic hurricane season, predicting 14 to 20 named storms, six to 10 hurricanes and three to five major hurricanes, which is a slight decrease from its initial outlook in May.

Both outlooks include the three named storms that have already roamed the Atlantic earlier in the season: Alex, Bonnie and Colin. That means the next system to become at least a tropical storm will receive the name "Danielle."

WHAT'S THE DIFFERENCE BETWEEN A TROPICAL DEPRESSION VS. TROPICAL STORM VS. HURRICANE? 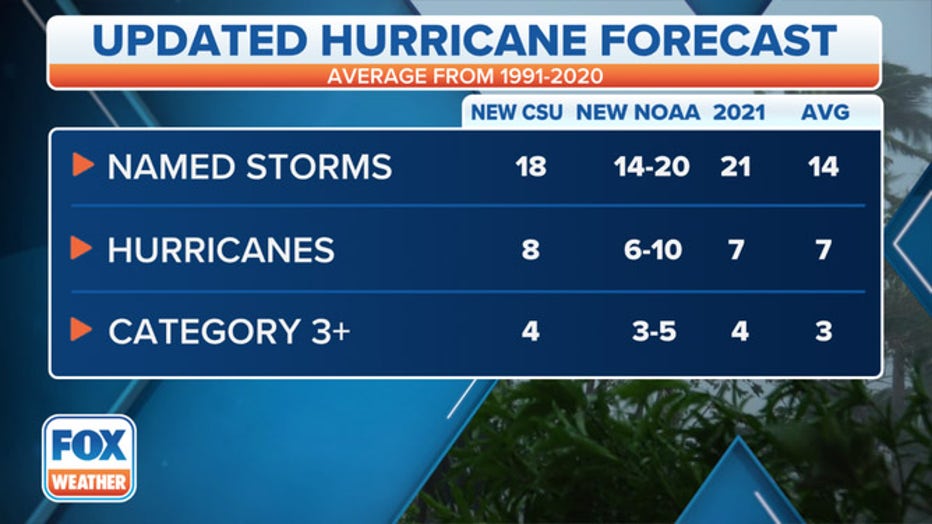 The updated 2022 Atlantic hurricane season outlooks from Colorado State University and NOAA compared to the 30-year average (1991-2020) and the 2021 season. (FOX Weather)

Why the drop in forecast hurricanes and tropical storms?

Klotzbach said that the drop in named tropical cyclones is due to the persistence of unfavorable conditions in the Atlantic Basin, which soon should subside.

"When the subtropical Atlantic is cooler than normal, that can tend to increase vertical wind shear in the Atlantic," he said. Vertical wind shear, the change in wind speed and/or direction with height, creates a hostile environment for forming tropical storms and hurricanes.

And in July, the Saharan dust helped to keep tropical storms from forming. This mass of very dry, dusty air is called the Saharan Air Layer and comes from the Sahara Desert in Africa.

5 THINGS TO KNOW ABOUT THE SAHARAN DUST PLUME 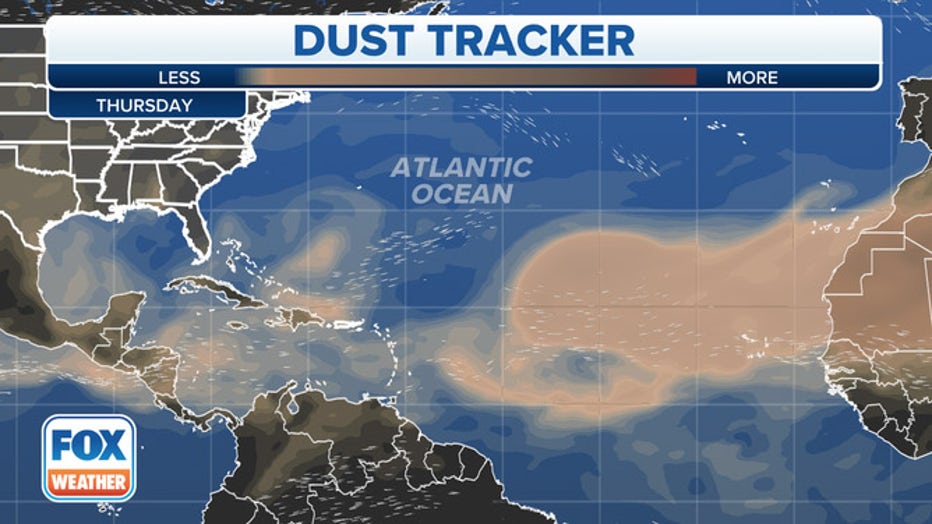 Saharan dust on Thursday, Aug. 4, 2022, is depicted by the brown shadings stretching from western Africa across the Atlantic. (FOX Weather)

"That's pretty common for this time of year," Klotzbach says about the Saharan dust.

When will the tropical storms start to form?

Even though there have been three named tropical cyclones in the Atlantic this season, which is technically above average, Klotzbach says that tropical activity is coming.

"I think people got somewhat accustomed to busy early seasons after what happened in 2020 and 2021. But what's happening this year is much more normal," he explains.

WHERE TROPICAL STORMS, HURRICANES TYPICALLY OCCUR DURING EACH MONTH OF ATLANTIC HURRICANE SEASON

The Atlantic hurricane season officially started in June, and the season's peak isn't until Sept. 10. 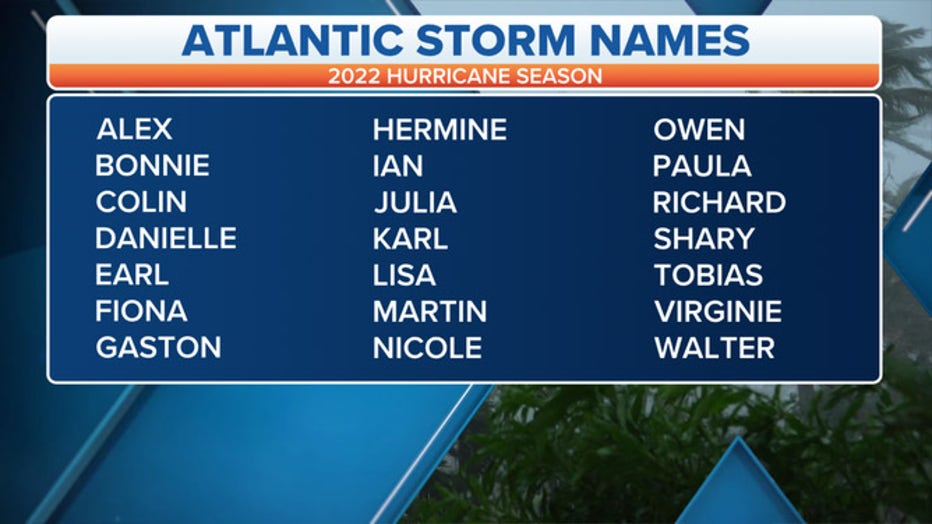 The period from August through early October tends to produce the most hurricanes and tropical storms in an average year. Klotzbach says around 90% of hurricanes and 95% of major hurricanes form after Aug. 1.

"So, while we've gone through two months of the season, we've got a long way to go!"

Despite the lack of recent activity, forecasters expect upper-level patterns to be conducive for a high-impact season.

CSU has given the entire U.S. coastline a 68% chance of being impacted by at least one major hurricane.

"Communities and families should prepare now for the remainder of what is still expected to be an active hurricane season," said Ken Graham, director of the National Weather Service. "Ensure that you are ready to take action if a hurricane threatens your area by developing an evacuation plan and gathering hurricane supplies now, before a storm is bearing down on your community."

HOW TO PREPARE FOR AN EVACUATION

How does this year compare to other hurricane seasons?

"1999 was an extremely active Atlantic hurricane season, 2011 and 2021 were above-average seasons, and 2000 was a near-average season," Klotzbach said.

The CSU team predicts that 2022 hurricane activity will be about 120% of the average season.

Even with the CSU forecast of 18 named tropical cyclones, these numbers are higher than the 30-year averages of 14 named storms, seven hurricanes and three major hurricanes. If the forecast holds, 2022 will become the seventh straight above-average Atlantic hurricane season, which would be the longest streak on record with more activity than average.

This animation shows where tropical cyclone activity tends to occur during August and September. (FOX Weather)

About the CSU seasonal hurricane forecast

This is the 39th year CSU has released a forecast for the tropical weather season.

"It all got started with Dr. Bill Gray, who basically was the first one anywhere to do these season hurricane predictions for the Atlantic," Klotzbach says.

The CSU team was founded by the late Dr. William Gray, who led the program for decades.

THE HISTORY OF THE CSU ATLANTIC HURRICANE FORECAST

"He made fundamental contributions to all sorts of tropical meteorology," Klotzbach says about Gray. "He was like Wikipedia before there was Wikipedia. He was kind of an online encyclopedia."

Gray was able to associate the amount of hurricane activity with climate patterns.

Because of his discovery of the correlation, the program and his forecasts became world-renowned. Now, nearly 40 years later, Klotzbach and the CSU tropical weather and climate research team continue the legacy and issue the forecast annually.