Gina Brown captured these shots of the 5.5-inch hailstone that fell at her home in Salado.

Salado was under a Tornado Warning it is believed a twister moved through the area just after 5:30 p.m. CDT.

7 THINGS TO KNOW ABOUT HAIL

Significant tornado damage was reported, and nearly a dozen people were injured, one of those which were in critical condition.

The Methodist Church in Salado has been set up as a shelter for those affected by the tornado. 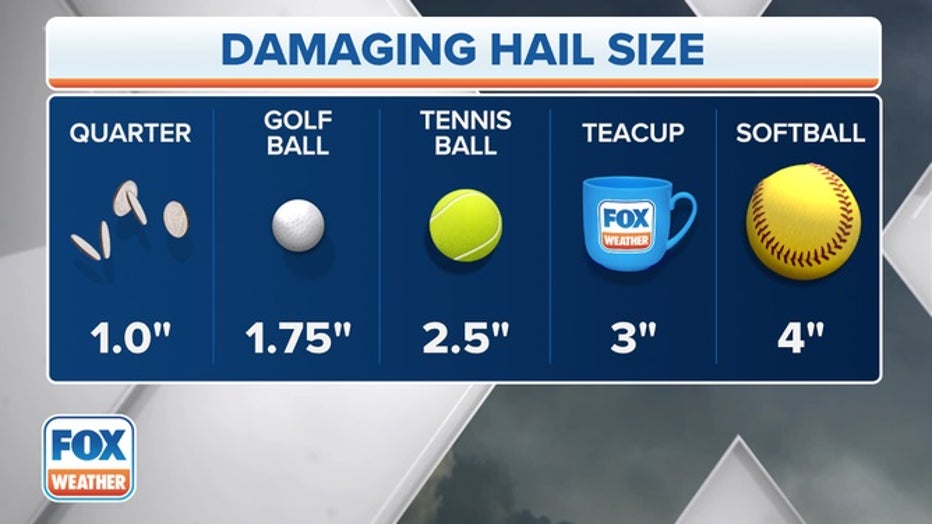 Hail is expected to remain below golf ball size with the storms.

The largest hailstone recorded in the U.S. was nearly the size of a volleyball. It measured 8 inches in diameter and 18.62 inches in circumference and was found in Vivian, South Dakota, in 2010. It weighed nearly 2 pounds.

In Texas, the largest hailstone was recorded last year in Hondo, Texas on April 28th, 2021. It measured 6.4" in diameter. 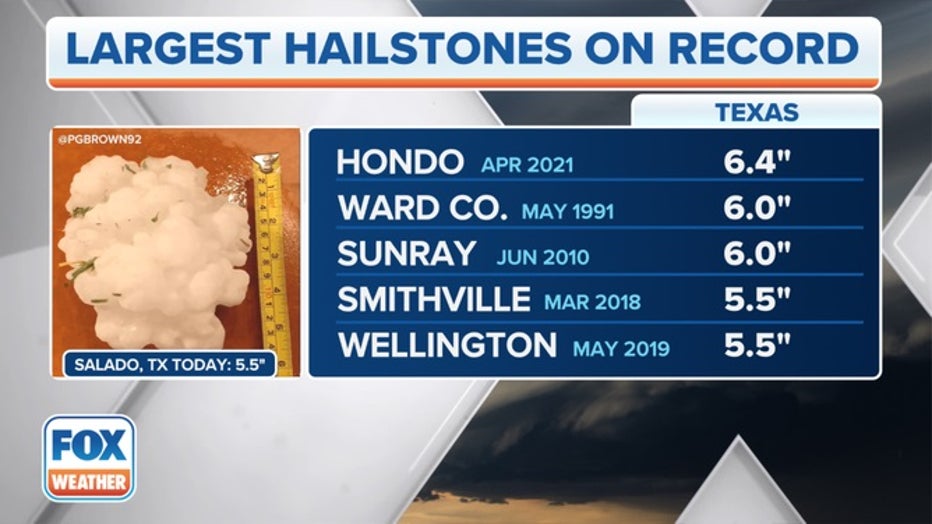 HOW LARGE IS 'GOLF BALL-SIZED' HAIL, AND OTHER HAIL MEASUREMENTS

Golf ball-to softball-sized hail can fall at speeds ranging from 44 to 72 mph, according to the National Weather Service, while larger stones can reach 100 mph.