HOUSTON - A tropical disturbance in the northwest Gulf of Mexico is being monitored for development, but even if the system doesn’t organize into a full-fledged tropical cyclone, squally weather could start Wednesday along the Texas coast.

The National Hurricane Center has identified the disturbance as invest 95L and says there is about a 40 percent chance of it developing into a cyclone before reaching the coast.

An invest is simply a naming convention used by the NHC to identify an area of weather that it is investigating for possible development into a tropical depression or tropical storm within the next five days. 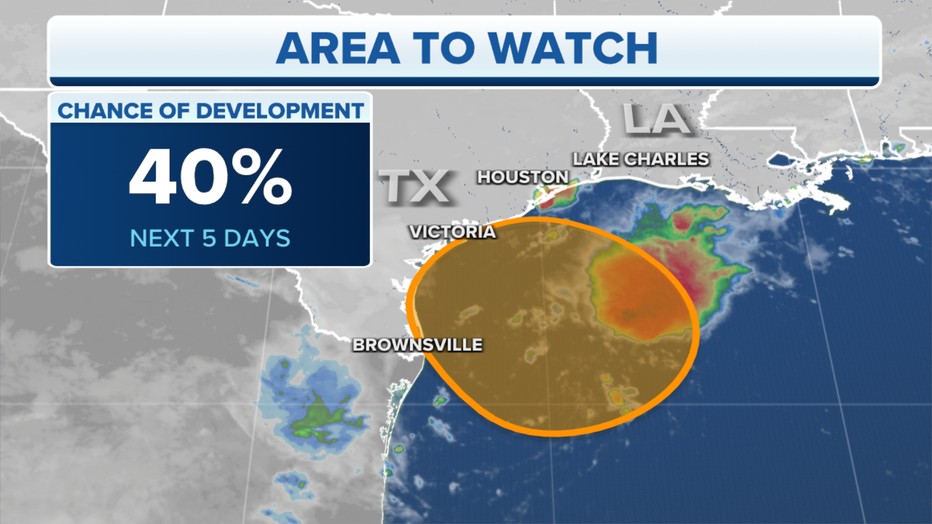 A Hurricane Hunter aircraft is expected to fly into the disturbance on Wednesday to determine if the system is organizing and the threats it could pose to the Lone Star State.

In addition to heavy rainfall, seas and surf will likely be on the increase through the workweek, which could pose a risk to beachgoers. Lifeguards always advise swimmers to stay out of the ocean when there is an increased threat of rip currents.

Over the next five days, the coastal region of Texas could see several inches of rain courtesy of the tropical system.

Forecast models show at least 3 to 5 inches of rain that is expected to fall with some locally higher amounts, especially south of Houston. 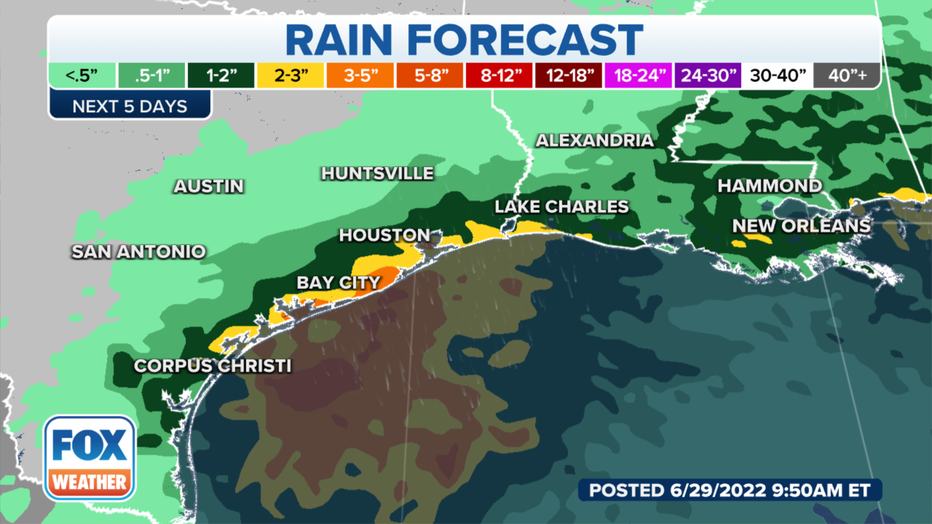 Where the highest rainfall totals happen will depend on how much the tropical system organizes before reaching the coast.

Meteorologists say an unorganized disturbance will spread rain for hundreds, while a more organized system will tend to have more confined impacts but could be more significant. The highest rain chances will be south of Interstate 10 and will slowly work inland.

So far, no flood watches have been issued, but the National Weather Service is warning about the potential for minor flooding through the end of the week.

More than 90 percent of Texas is in some sort of drought, so the potential for heavy rainfall is welcome news in the Lone Star State.

The ongoing drought is even considered to be exceptional in some areas, which increases the risk for fires and leads to water shortages.

Galveston is more than eight inches of precipitation below normal for the year, and communities in the central and western parts of the state are in even worse shape. 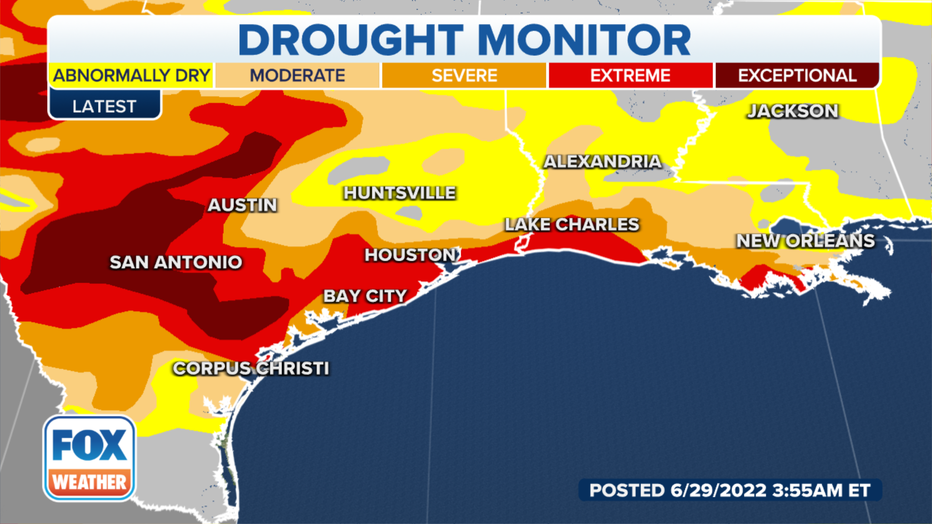 San Antonio has a rainfall deficit of around 11 inches, and homeowners and businesses are dealing with water restrictions.

The disturbance’s heaviest rainfall will likely remain east of Interstate 35 and should taper off as the system works northward through the state over the weekend.

Elsewhere in the tropics, meteorologists are monitoring a potential tropical cyclone that is speeding across the Caribbean.

Forecasters say there is around 90 percent chance the disturbance could develop into at least a tropical depression. 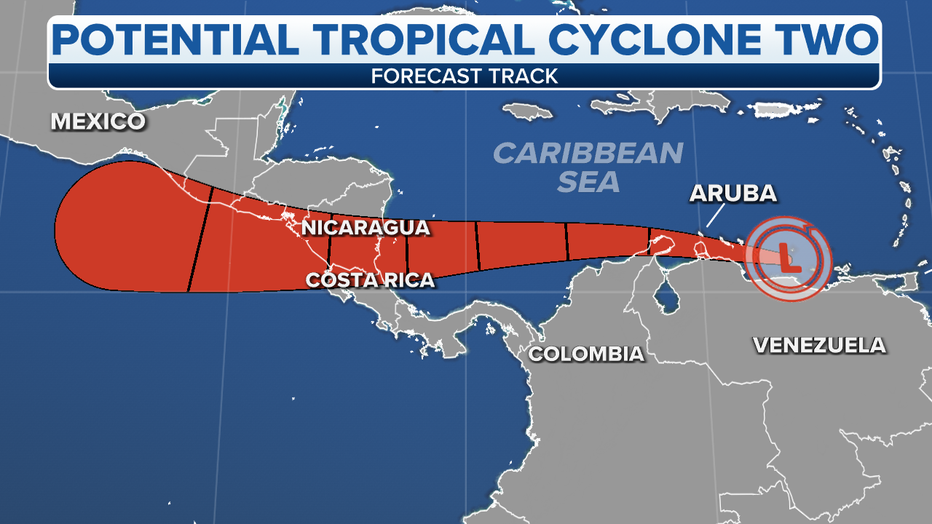 Forecast models show the potential cyclone staying on a southern trajectory through the Caribbean and never becoming a threat to the U.S. mainland.

Hurricane hunters are also expected to fly into the disturbance on Wednesday to determine if the system has organized.

The next name on the list of storms in the Atlantic basin systems is Bonnie.

During an average season, the second named storm forms around July 17. 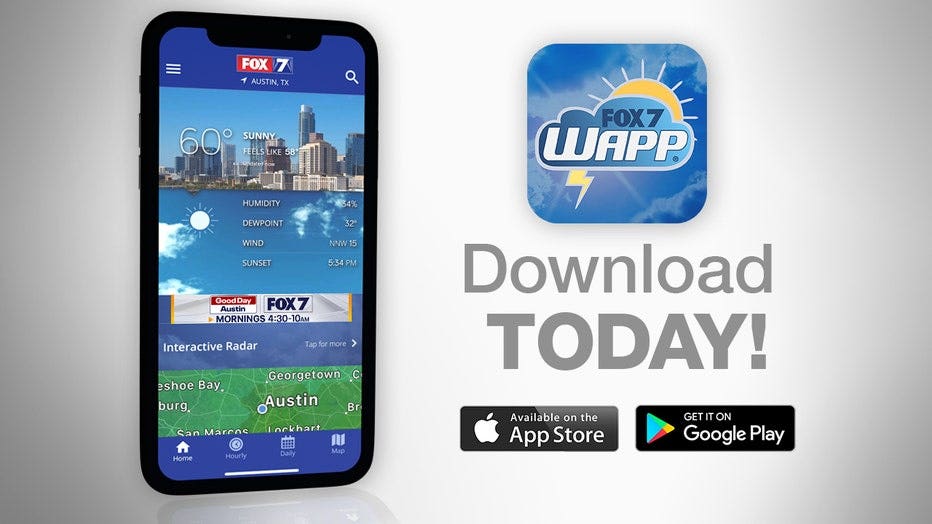