Jackie Evancho wrapped up her time as Miss Kitty with a performance of Amy Winehouse's’ “Back to Black.”

LOS ANGELES - Nearly a decade ago, Nick Cannon stood on the “America’s Got Talent” stage with 10-year-old finalist Jackie Evancho.

On Wednesday night’s episode of FOX’s “The Masked Singer,” the two shared a bittersweet reunion.

Evancho was revealed to be the star behind the Miss Kitty mask in the quarterfinal round, but that also meant her time on the show had come to an end.

Even as a child, Evancho was already an accomplished opera singer. Her 2010 EP “O Holy Night” went platinum, making her the youngest artist to ever do so.

She said she never quite escaped the image of that 10-year-old girl on a talent show — which is what made “The Masked Singer” such an attractive opportunity.

“Now I’m almost 20 and I’m glad that this experience has given me the chance to kind of break out of that, so thank you,” Evancho said.

Jackie Evancho wrapped up her time as Miss Kitty with a performance of Amy Winehouse's “Back to Black.”

Panelists knew Miss Kitty was an opera singer based on her Phantom of the Opera clue. Still, they aren’t familiar with artists of the genre, so none of them correctly guessed Evancho was donning the costume.

When the mask came off, Ken Jeong admitted he was “way off” with his Anna Kendrick guess.

Jenny McCarthy thought she would be Lea Michele from “Glee.”

Guest panelist Jeff Dye gave a blanket guess when he said she was one of the Olsen twins. 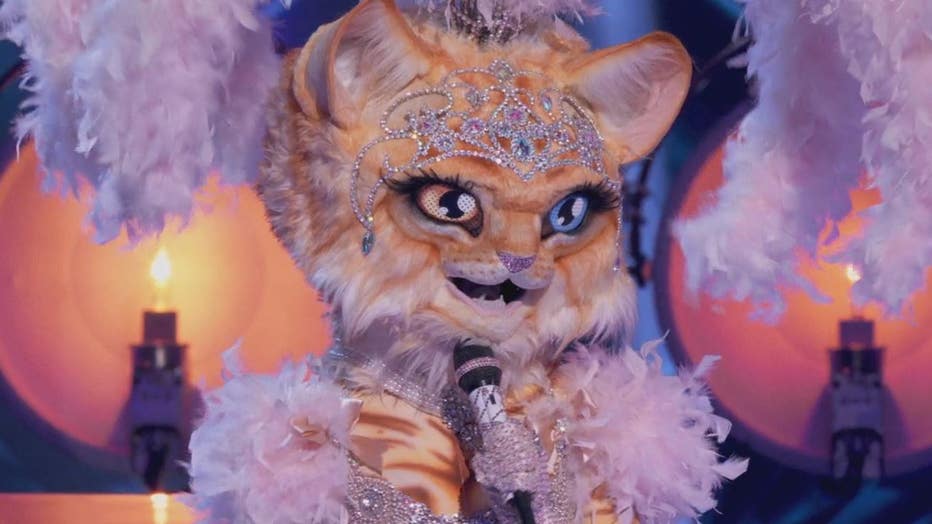 Miss Kitty was revealed to be a platinum-selling opera singer on Wednesday night’s episode of “The Masked Singer.” (Source: FOX)