A 1 year old has died and both parents severely burned due to the Cold Springs Canyon Fire in eastern Washington.

OKANOGAN COUNTY, Wash. - A one-year-old child was killed and his parents severely burned while the family was trying to escape Washington state's largest wildfire on Wednesday.

The sheriff’s office received a report of a missing family on Tuesday and found the family’s wrecked and burned vehicle that day, but no sign of the three family members.

"The family was attempting to leave their property to get away from the Cold Springs Fire,″ Hawley said in a news release.

Sheriff Hawley said the family was found around 10:00 a.m. Wednesday on the banks of the Columbia River by a Colville Tribal Department of Resources boat. They were transported to Bridgeport State Park where an ambulance was waiting to take them to Three Rivers Hospital.

Jacob Hyland, 31, and Jamie Hyland, 26, of Renton, Washington, were flown to Seattle's Harborview Medical Center for treatment of 3rd-degree burns.

“My heart breaks for the family of the child who perished in the Cold Springs fire. I am devastated. The DNR family is devastated. The pain that family is going through is unfathomable," said Commissioner of Public Lands Hilary Franz. "During every fire season, I wake up each day praying we will not lose a single life — civilian or firefighter. To be honest, it’s horrible that we must base so much on prayer."

The family has set up a GoFundMe fundraiser.

RELATED: Washington wildfires: 1,500 firefighters on front lines of 'one of the worst nightmares we can imagine'

The Cold Springs fire started Sunday night near Omak and quickly spread due to high winds and low humidity. The fire has burned 163,000 acres as of Wednesday and is 0 percent contained.

Okanogan County Fairgrounds is open for livestock and has areas for RV campers. The Red Cross is coordinating shelter for people who evacuated with no place to go.

More than 587,000 acres have burned in Washington state since Monday, topping the half-a-million acres that burned in the state's worst wildfire season in 2015. 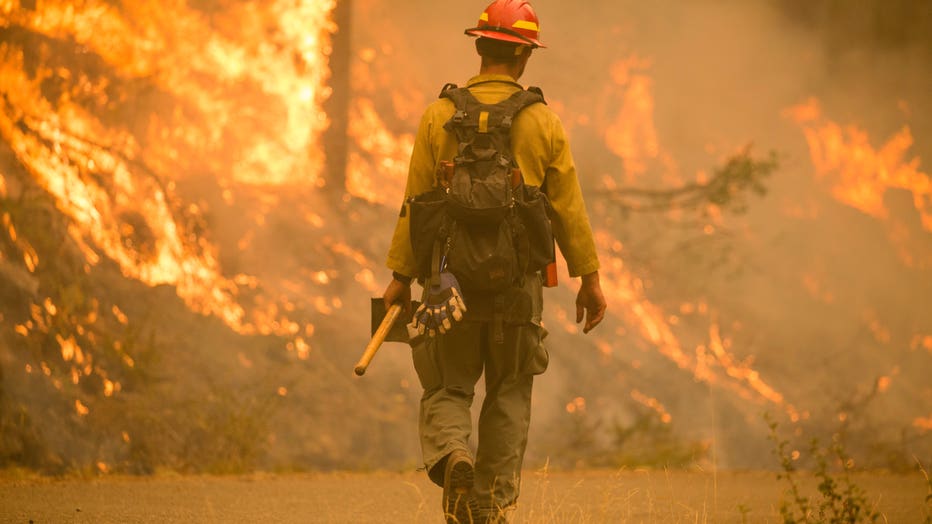 There are more than 1,500 firefighters on the firelines, and the National Guard has been called in to assist.

"We’re fighting the threat of wildfires in every corner of our state," Public Lands Commissioner Hillary Franz said. "This is one of the worst nightmares we can imagine."

Click here for full coverage of wildfires in the Pacific Northwest.