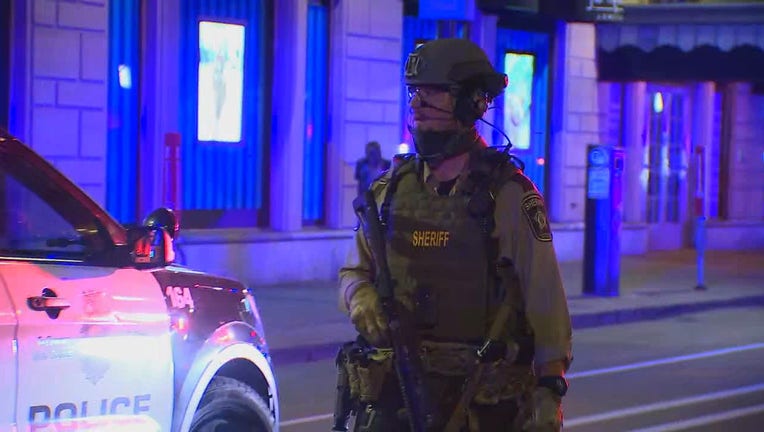 MINNEAPOLIS (FOX 9) - One hundred and thirty-two people were arrested during the unrest and looting in Minneapolis overnight, according to officials.

The Minnesota State Patrol said its troopers and Minnesota DNR Conservation Officers arrested 33 people. State troopers arrested 28 of the 33 people while DNR officers were responsible for five of the arrests.

The agencies all combined to make 132 arrests overnight.

The arrests were in response to groups of people looting multiple stores in downtown Minneapolis. This happened after a homicide suspect took his own life on Nicollet Mall, according to Minneapolis police.

Groups of looters move downtown in Minneapolis. Among the stores hit includes Sak's Off Fifth along the Nicollet Mall.

According to Department of Corrections Commissioner Paul Schnell, law enforcement worked to restore the calm in the downtown. Schnell said people had thrown bottles and set off commercial grade fireworks and there have been reports of shots fired.

A curfew was put into effect Wednesday night, which expired at 6 a.m. Thursday. Another curfew has been imposed and will be in effect from 8 p.m. Thursday until 6 a.m. Friday.