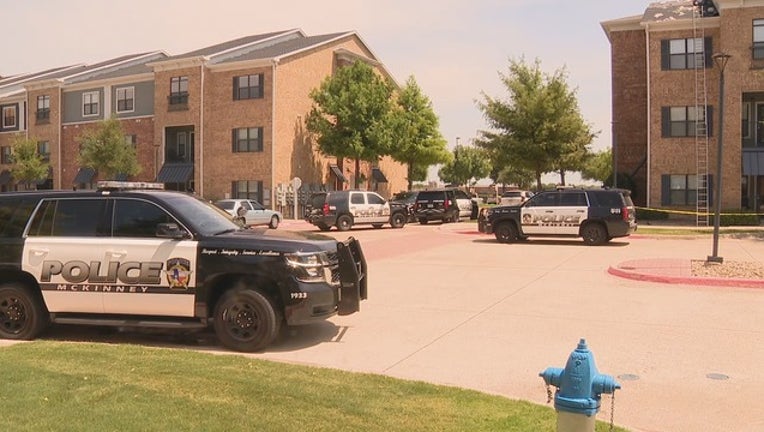 MCKINNEY, Texas - McKinney police said that the 17-year-old they had in custody has been charged in connection with the shooting death of 10-year-old Julien Charles Griffen.

Juan Miguel Flores is charged with tampering with or fabricating physical evidence in Griffen's death.

Griffen was found with a gunshot wound at the Atlantic McKinney Ranch apartment complex on Friday. He was taken to an area hospital, where he later died.

It’s unclear if the shooting was intentional or accidental.

Video from SKY 4 showed police searching the area around dumpsters next to the apartments. Police K-9s were also searching a field in the area. Crime scene techs gathered evidence in and around the apartment building into the evening hours.

No further details have been released at this time as police continue their investigation.