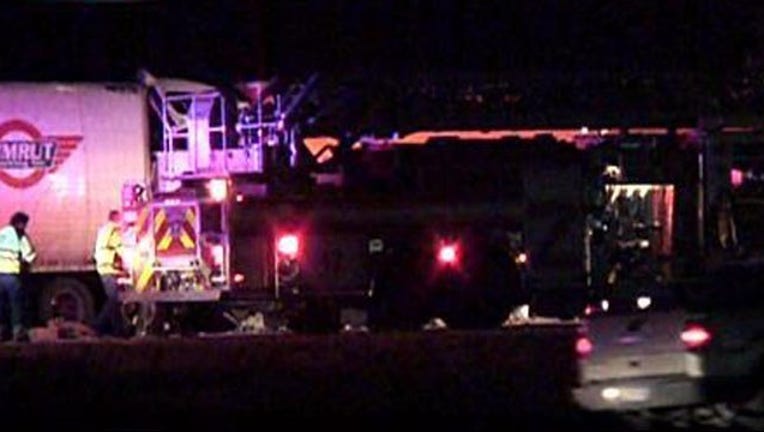 AUSTIN, Texas - Austin police are working to clear a wreck involving two 18-wheelers in South Austin. Police say it may take several hours to clear up in the area of the 6500 block of southbound I-35.

Police say a semi was stalled in the area when a second semi ran into the back of it.

Austin/Travis County EMS reports a man in his 40s was pinned in and had to be rescued.

He's been taken to UMC Brackenridge with life-threatening injuries.

Police are working to reopen the area but they say it could take several hours.

Drivers should consider an alternate route for your commute this morning.