EDEN, Texas - Authorities say a suspect shot and killed two Central Texas sheriff's deputies and critically wounded a city employee while they were responding to a complaint about a dog at a home.

Sgt. Justin Baker, of the Texas Department of Public Safety, said the suspect was taken into custody after Monday night's attack in Eden, a city of about 1,300 people roughly 210 miles southwest of Dallas.

Jeffrey Nicholas, 28, has been booked into Tom Green County Jail in nearby San Angelo with a bond set at $4 million and charged with capital murder of a peace officer. No attorney for Nicholas was listed in jail records.

The two Concho County sheriff's deputies and city employee arrived at the home shortly after 8:40 p.m., Baker said. While making contact with people at a home, "an altercation occurred and quickly escalated to gunfire," he said. 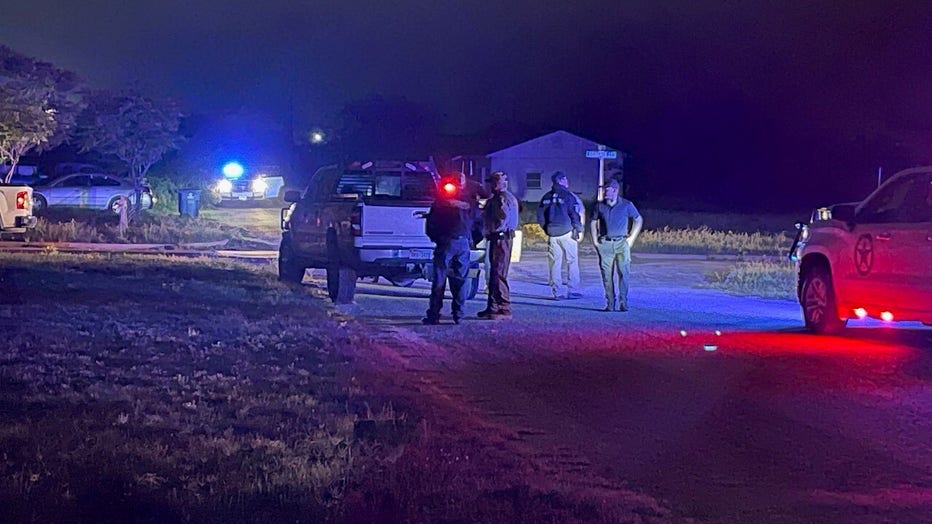 Authorities haven't released details about the suspect, including the person's name, age, sex, or what charges the person is facing.

Authorities haven't released details about the suspect, including the person's name, age, sex, or what charges the person is facing.

The Lubbock Police Department said in a statement that it was "heartbroken" to learn of the deaths and that its officers on Tuesday would escort the deputies' bodies to a forensics lab in Lubbock, which is about 200 miles northwest of Eden.

"Our hearts are broken over the senseless murder of two Concho County Sheriff’s Deputies who were gunned down in the line of duty. This terrible loss is a solemn reminder of the risks our brave law enforcement officers face while protecting our communities. The State of Texas is prepared to provide any assistance needed to support the Concho County community and bring the perpetrator of this heinous crime to justice. Cecilia and I ask our fellow Texans to join us in prayer for the families, friends, and colleagues of these brave Sheriff’s deputies."