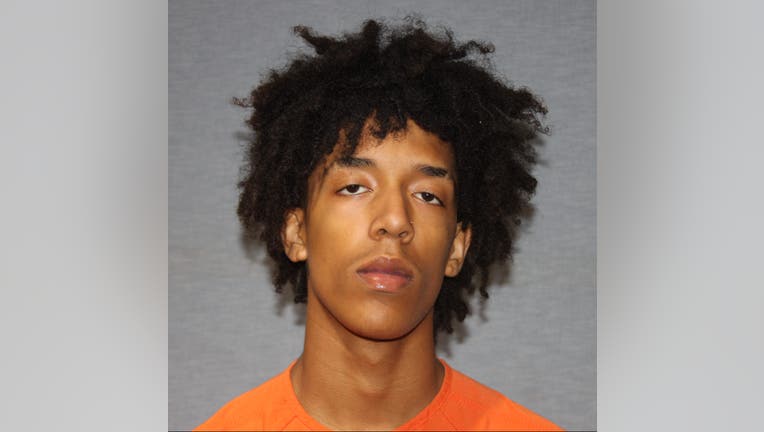 GARLAND, Texas - Two teenage suspects were arrested and police are looking for two more people accused of robbing a Garland man at gunpoint.

The aggravated robbery happened Saturday night as the victim arrived home in the 2800 block of Cumberland Drive.

The victim told police he saw a grey BMW drive by his house with the headlights turned off. It then turned around and parked several houses down.

Moments later two armed suspects approached the victim and demanded he hand over his belongings.

The victim pulled out his own handgun in self-defense, which prompted the suspects to take off running.

Police believe at some point the suspects fired shots at the victim and he returned fire, but no one was hurt.

Officers later arrested 17-year-old Garrett Pickens and a 14-year-old female in connection with the crime.

They are still looking for two other males who were in the BMW and believed to be involved. One was wearing a black hoodie, basketball shorts and a dark mask. The other was wearing a grey sweatshirt and no mask.

Anyone with information about them should call the Garland Police Department at 972-485-4840.

Anonymous tips are also welcome through Crime Stoppers at 972-272-8577 or www.garlandcrimestoppers.org.