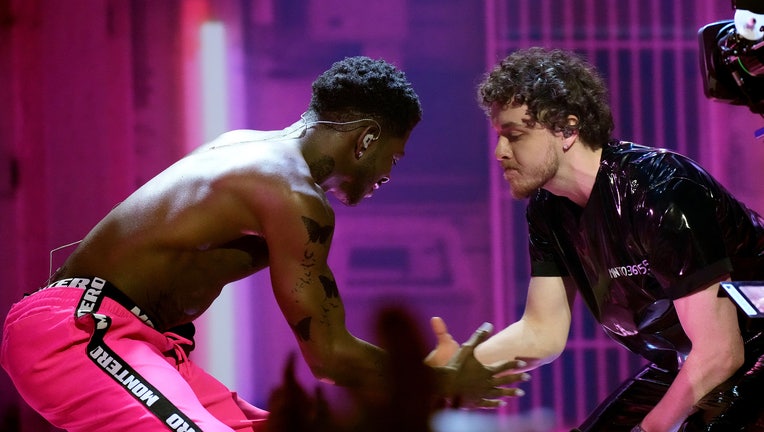 The MTV Video Music Awards are back Sunday with some of the biggest names in music vying for the network's fabled Moon Person statue.

Closely behind are Harry Styles and Doja Cat, who received six nominations apiece, while Sheeran, Billie Eilish, Drake, Dua Lipa, Tayler Swift and The Weeknd each have five.

Harlow is pulling double duty, joining LL Cool J and Nicki Minaj as the show's emcees. The VMAs are being being held at the Prudential Center in Newark, New Jersey, and will air beginning at 8 p.m. Eastern.

Minaj will perform hits from throughout her career and accept the show’s video vanguard award, which MTV has said she’s receiving for her artistry, barrier-breaking hip-hop and status as a global superstar. The honor is named after Michael Jackson. 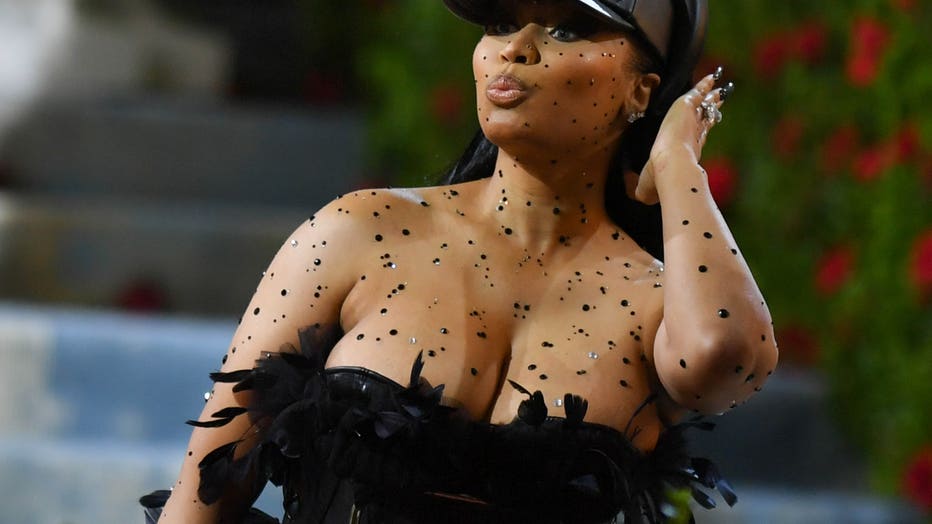 Nicki Minaj is seen at the 2022 Met Gala Celebrating "In America: An Anthology of Fashion" at The Metropolitan Museum of Art on May 2, 2022 in New York City. (Photo by NDZ/Star Max/GC Images)

Madonna, who is the most awarded artist in MTV history with 20 wins, becomes the only artist to receive a nomination in each of the VMAs five decades. She earned her 69th nomination for her 14th studio album "Madame X."

Lamar returns to the VMAs as a nominee for the first time since 2018, with nods for best hip-hop, direction, visual effects, editing, and a category known as video for good, while his songs "family ties" and "N95" are competing for best cinematography.

How to watch the VMAs

It's also airing on Paramount+ and live TV services that carry the network (YouTube TV, FuboTV, Hulu with Live TV, etc), according to the Hollywood Reporter.

You can also sign up for a 24-hour viewing pass on mtv.com.