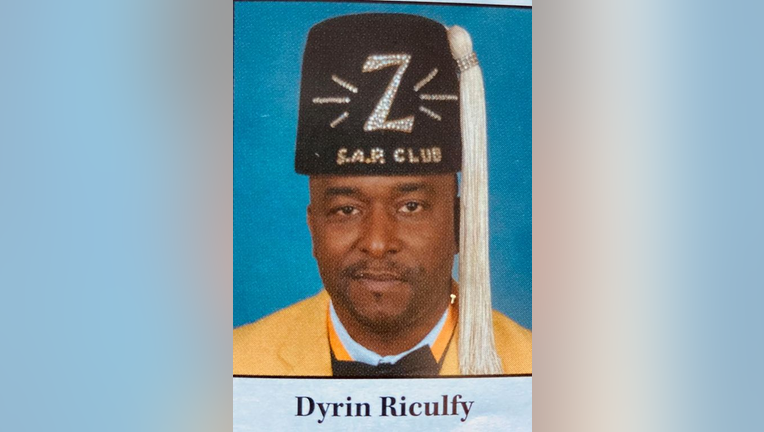 HOUSTON - The second victim, who was shot along with Everett Briscoe, the off-duty New Orleans PD officer during a robbery at a popular Galleria restaurant, has sadly passed away Wednesday, the district attorney's office confirmed.

Dyrin "DJ" Riculfy was hospitalized since Aug. 21, after he was dining with a group of friends outside Grotto Ristorante on Westheimer. Investigators said two unidentified men came to the restaurant with guns drawn to rob the group but shot two people, including Riculfy and off-duty NOPD officer Everett Briscoe, who sadly succumbed to his injuries. Officials confirmed Tuesday, Riculfy died as well.

The shooters then fled the scene shortly after the attack, but HPD Chief Troy Finner and other city leaders vowed they would be caught.

We're told a third suspect is still at large but according to the district attorney, both suspects were reportedly out on bonds, but are working to ensure they do not face a bond this time. Additionally, Ogg says the suspects could face the death penalty as Capital Murder is one of the highest crimes a suspect can be given.

"Death is on the table," Ogg explained.

RELATED: 'Death is on the table,' 2 charged with capital murder of off-duty New Orleans PD officer killed in Houston

We're told a third suspect is a person of interest in the investigation, but his identity has not been released, as of this writing.