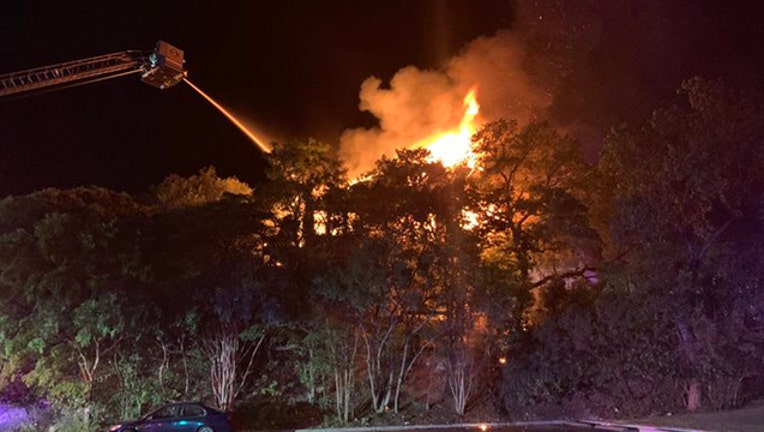 (Courtesy of the Austin Fire Department)

Austin firefighters responded to the fire at a three-level duplex in the 5600 block of Highland Crest Drive around 9:42 p.m. Crews found the back side of the duplex up through the attic engulfed in flames.

It took crews some time to get the fire under control due to the building being on a hillside and the clay tile roof and attic making it dangerous to enter.

All residents were accounted for and there were no injuries.

Investigators found the cause of the fire to be accidental, saying the fire originated on a balcony where residents were smoking and barbecuing. It's unclear which was the source.