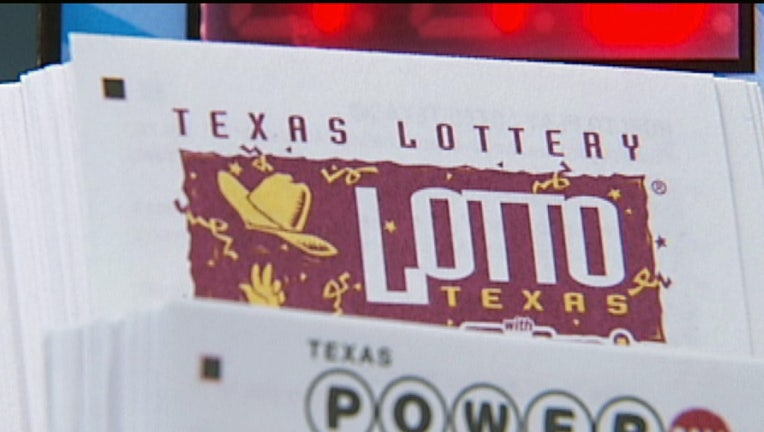 HOUSTOn - The largest Lotto Texas jackpot in more than a decade is up for grabs during Wednesday night's drawing.

No tickets sold for the August 29 drawing took the top prize, and the jackpot has now grown to an estimated annuitized $36.75 million for the drawing on September 2.

The jackpot is largest since May 29, 2010, when the Lotto Texas jackpot reach an advertised $97 million.

The Texas Lottery says Wednesday’s jackpot currently stands as the fifth-largest lottery prize up for grabs in the world.

“Lotto Texas has been on quite a run this year and now our players will have a shot to play for the game’s largest jackpot prize in more than decade,” said Gary Grief, executive director of the Texas Lottery Commission. “I look forward to congratulating the biggest Lotto Texas winner since 2010. As growing jackpots tend to generate much excitement, we want to remind our players to play responsibly. It only takes one ticket to win.”

The last time someone won a Lotto Texas jackpot of more than $30 million was during the May 16, 2018, drawing.  A Houston resident claimed the $30.25 million prize for the ticket purchased ay MJ’s All Season Food Store in Houston.

The largest Lotto Texas jackpot ever won was $145 million for the June 19, 2004, drawing. The ticket was sold in El Paso.

So far in 2020, there has only been one Lotto Texas jackpot winner. A Laredo resident claimed a jackpot prize of $17.5 million for the drawing held on January 15, 2020.

Lotto Texas is played by picking six numbers from one to 54 and offers multimillion-dollar jackpots. Drawings are held every Wednesday and Saturday at 10:12 p.m. CT. For $1 more per play, a player can select the Extra! add-on feature and for a chance to win up to $10,000 more on non-jackpot prizes.