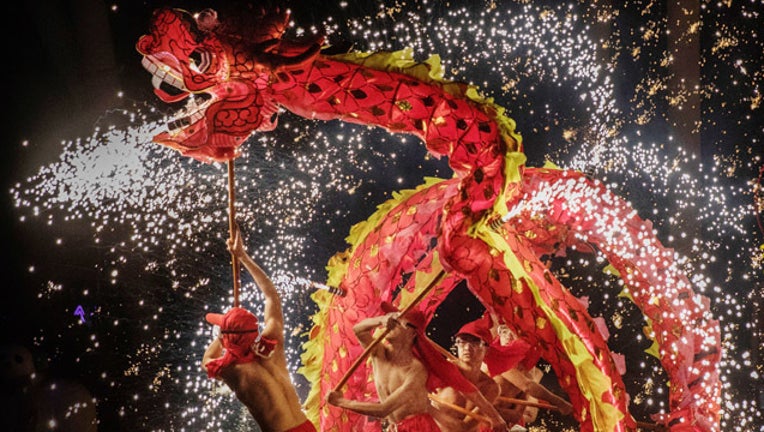 Sparks fly as Chinese dragon dancers perform at a fair at a local park on the fifth day of the Chinese Lunar New Year on February 1, 2017 in Beijing, China. China is marking the year of the Fire Rooster. (Photo by Kevin Frayer/Getty Images)

%INLINE%Lunar New Year is Friday, Feb. 16. Check out these Austin area events celebrating the Year of the Dog.

Ring in the Year of the Dog at a Buddhist Temple