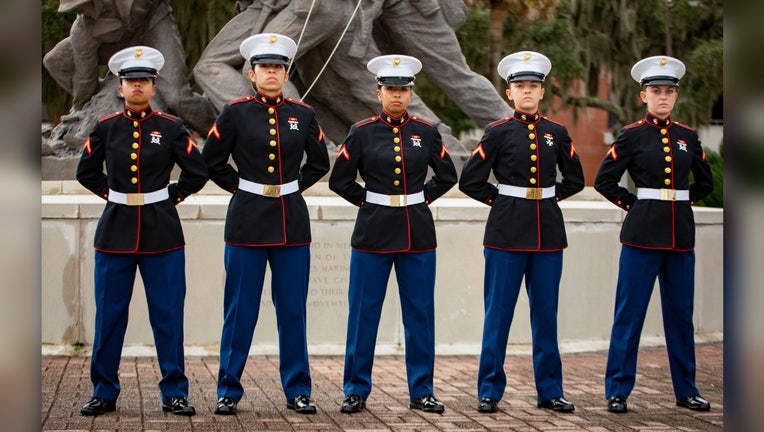 PARRIS ISLAND, S.C. - Two sets of sisters graduated from the Marine Corps recruit training together over the weekend.

Ashley Valentine, 19, decided to join the Marine Corps after promising her grandfather that she would carry on his legacy, just three days before he passed away. After she signed up, her 22-year-old sister Amber decided to enlist as well.

Maria Placido Jaramillo, 21, and her sisters, 22-year-old identical twins Vanessa and Melissa, all made a pact to join the military together when they were young children.

The sisters were born in Panama and moved to Las Vegas at a young age. They said they decided to become Marines to honor their family and give back to the country that gave them so much.

"These five success stories of triumph and resilience may have come to Parris Island with different mindsets and from different backgrounds, but they will forever share the bond of becoming Marines side-by-side," the Marine Corps Recruit Depot said.