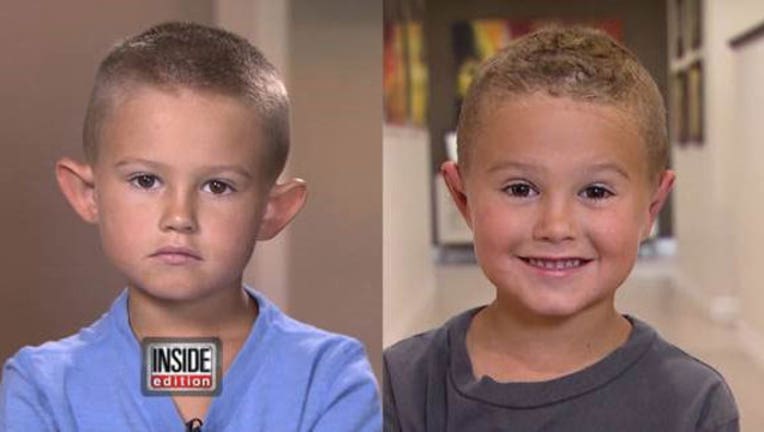 Berger, who is six years old, told Inside Edition that children say, "That I look like an elf and I have weird ears."

His parents, Tim and Kallie, feared the bullying could permanently damage his self-esteem, so they went to a Utah facial plastic surgeon, who pinned his ears back in a two hour surgery.

The doctors removed skin and used stiches to pull them back closer to the head.  The surgery took about two hours.

Gage's first words when he saw his new ears were, "Oh, my gosh!"

CLICK HERE for more details on this story and watch Inside Edition weekdays at 1:30 p.m. on Fox 5.