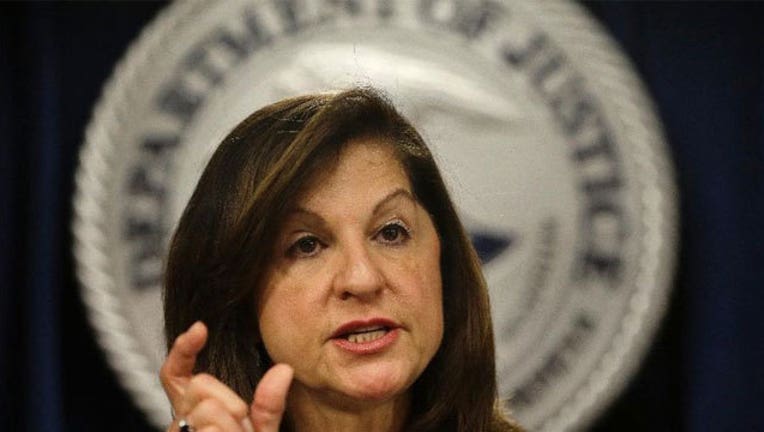 U.S. Attorney Carmen Ortiz responds to questions from reporters during a news conference at the federal courthouse, Thursday, June 9, 2016, in Boston (AP)

BOSTON (AP) — Authorities say more than 60 gang members from Boston and other cities in eastern Massachusetts have been charged with drug, weapons and racketeering charges.

Prosecutors allege that the 66 people charged Thursday were responsible for fueling a gun and drug pipeline in East Boston, Chelsea, Brockton, Malden, Revere and Everett. They were identified as leaders, members and associates of the 18th Street Gang, the East Side Money Gang and the Boylston Gang.

More than 70 guns were seized during the investigation.