According to FCSO, a sergeant stopped a Ford F-150 on I-10 at the 667-mile marker just before 11 a.m. Nov. 13 for a traffic violation. After speaking to the driver and observing indicators of narcotics trafficking, the sergeant asked for consent to search the truck. 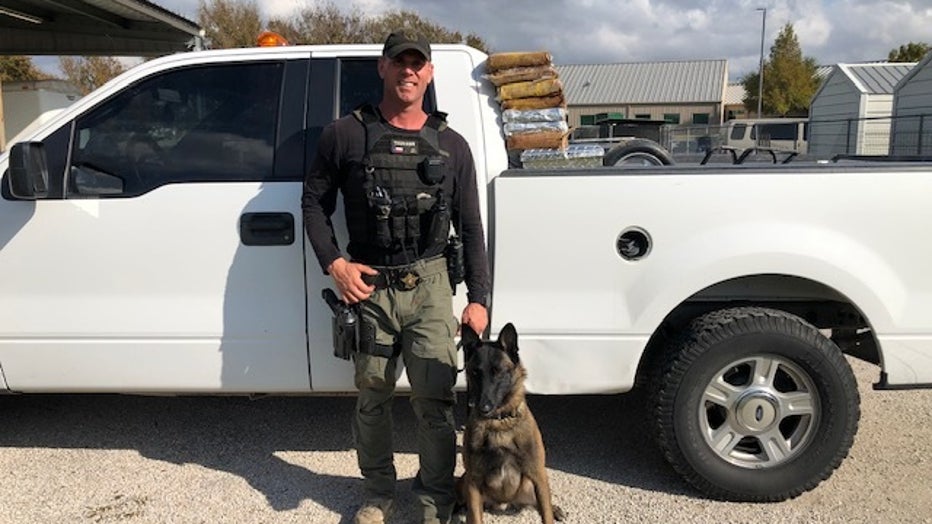 The K-9 performed an exterior sweep of the vehicle and alerted for the presence of illegal narcotics. A search uncovered approximately 78.5 kilos of cocaine concealed in a spare tire under the bed of the truck.

FCSO says the narcotics have an estimated street value of $850,000.

The driver, 29-year-old Eduardo Sandoval of New Mexico, was transported to the Dan R. Beck Justice Center and has been charged with felony possession of a controlled substance.