FAYETTE COUNTY, Texas - Sgt. Randy Thumann and K-9 partner Kolt, with the Fayette County Sheriff's Office Narcotics K-9 Unit, made a traffic stop recently that resulted in the seizure of a large amount of raw fentanyl.

Fayette County Sheriff Keith Korenek says in a news release that the incident happened on November 3 on Interstate 10 at the 658 mile-marker at around 1:09 p.m. He says a Chevy Silverado was stopped for a traffic violation.

After speaking to the Chevy's driver, Sgt. Thumann became suspicious that the driver may have been transporting illegal narcotics. Sgt. Thumann was given permission to search the vehicle and Kolt conducted an exterior sweep.

Sheriff Korenek says Kolt alerted to the vehicle for the presence of illegal narcotics and when a search was done on the vehicle approximately 18.5 pounds of fentanyl was found inside the vehicle's battery.

The narcotics have an estimated street value of $7.5 million. 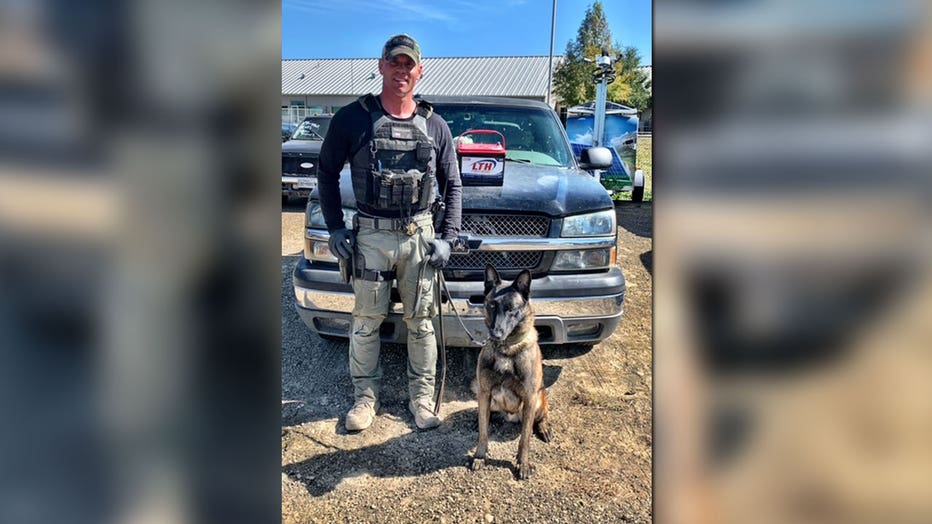 The Fayette County Sheriff's Office says that a traffic stop resulted in the seizure of 18.5 lbs of raw fentanyl that roughly has a street value of $7.5M.

Approximately three grams of cocaine was also located inside the vehicle and in the driver’s possession.

Officials have identified the driver as 53-year-old Asuncion Garcia from Laredo. Garcia was arrested for felony possession and taken to the Dan R. Beck Justice Center.