The Planpincieux glacier is a hanging glacier on the southern slopes of the Grandes Jorasses in the Mont Blanc massif of the Alps, and experts are warning that a piece of it could collapse at any moment.

PLANPANCIEUX, Italy - Italian authorities are bracing for the worst, after ﻿reports﻿ from experts at the Valle d’Asota regional government, and the Fondazione Montagna Sicura (Safe Mountain Foundation) found that a giant piece of a glacier on Mont Blanc’s Italian side could collapse at any given moment.

The Planpincieux glacier is a hanging glacier on the southern slopes of the Grandes Jorasses in the Mont Blanc massif of the Alps, and experts are warning that a chunk approximately 250,000 cubic meters in size, or 8.8 million cubic feet, is poised to break off imminently. 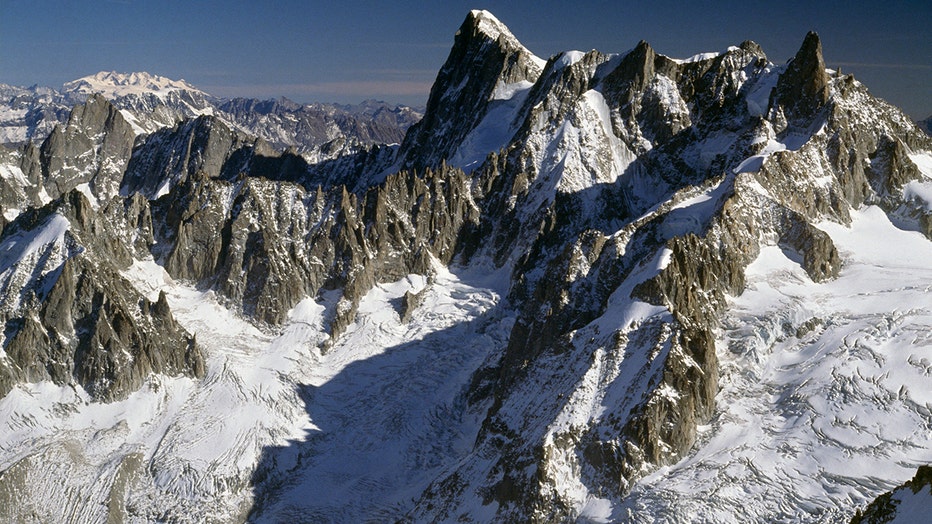 Grandes Jorasses glacier and Giant's tooth (4014 m), in the Mont Blanc massif of the Alps. The Planpincieux glacier on the southern slopes of the Grandes Jorasses may collapse any moment. (DEA / C. SAPPA/Getty Images)

Italian authorities issued orders to close roads and evacuate huts on the side of the mountain in preparation for a potential collapse, however experts do not believe there is any threat to residential areas or tourist facilities.

The reports analyzed movement data for the Planpincieuz glacier, which has been monitored closely since 2013 to get a better sense of the frequency at which ice is melting. The analysis found that the portion of the glacier in question is sliding at a speed of 50-60 cm per day, or 16-23 inches per day — a speed that signifies the glacier is melting at a dangerously quick rate. 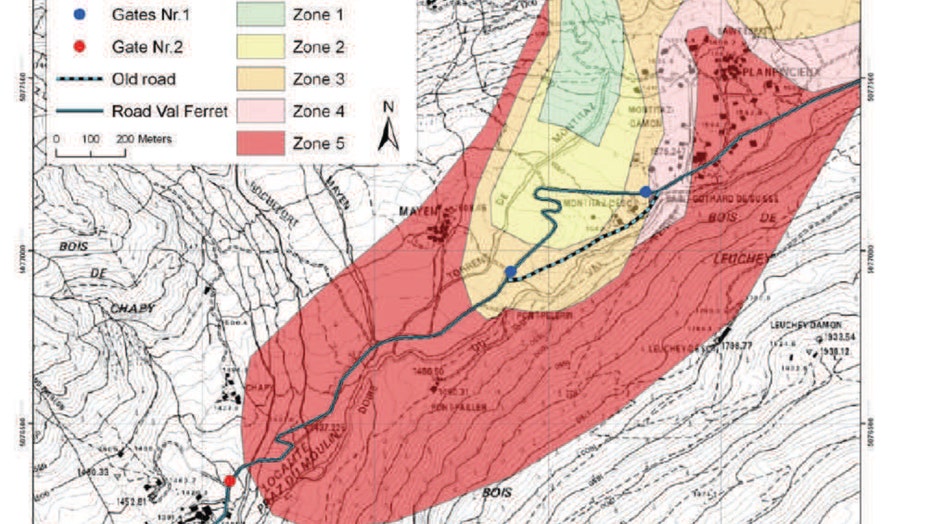 A safety plan for Planpincieux in the case of avalanches from the Planpincieux Glacier. (Courtesy of Valle d’Asota regional government)

The cause? Experts and government authorities are pointing to climate change.

“These phenomena once again testify that the mountain is in a phase of strong change due to climatic factors, therefore it is particularly vulnerable. In this case it is a temperate glacier particularly sensitive to high temperatures,” said Mayor of Courmayeur, Stefano Miserocchi, in a statement.

It’s a fate that many glaciers face as global temperatures continue to climb.

Okjökull, the first glacier in Iceland to be lost to climate change, was memorialized with a plaque this summer.

Pizol glacier in the Glarus Alps, eastern Switzerland, has lost about 80 percent of its volume since 2006 alone, ﻿according to climate scientists﻿. Earlier this month, mourners climbed up into the Alps ﻿to declare the 700-year-old glacier’s death﻿ and to pay their respects to nature.

A﻿ study﻿ from the European Geosciences Union published in April claims that the degradation of glaciers due to climate change is only just beginning and stands to get much worse — the study determined that approximately 90 percent of glaciers in the Alps could disappear by 2100.

At the UN climate action summit in New York City earlier this week, Italian prime minister Guiseppe Conte spoke to the gravity of the implications of the potential Planpincieux collapse, saying, “The news that part of Mont Blanc risks collapsing is a warning that should not leave us indifferent. It must shake us all and force us to mobilise.”