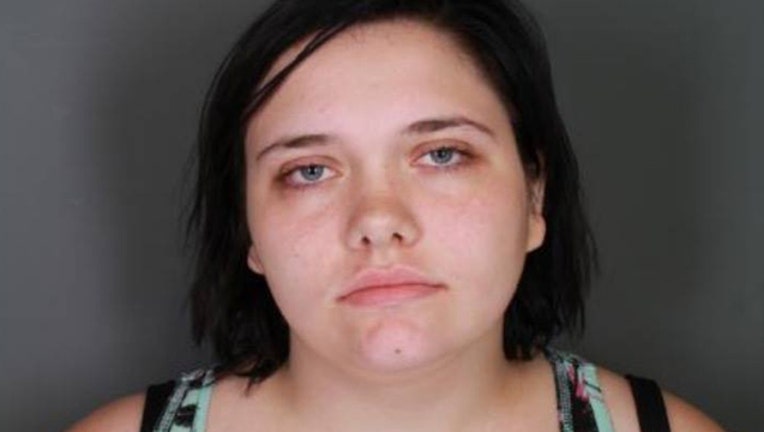 Harriette Hoyt, 17, is accused of abandoning her baby inside a plastic bag.(Elmira, NY PD)

ELMIRA, N.Y. (AP) - An 8-month-old baby found alive in a plastic bag outside an upstate New York home had been abandoned there three days earlier by her 17-year-old mother, who has been charged with attempted murder, authorities said.

Elmira police said neighbors checking out a noise early Tuesday afternoon found a baby whose feet were sticking out of the bag. They called 911 and tended to the child until police and emergency crews arrived. The baby was in stable condition at a hospital, officials said.

According to court records, Hoyt left the baby near bushes in a backyard last weekend, the Star-Gazette of Elmira reported.

Sisters Kayla and Karen Seals made the initial discovery after hearing what they described as odd noises and at first thinking it was an animal in distress.

"My sister came out off the porch and went to the side to the backyard of my neighbor's house with a stick, thinking it was a dog," Karen Seals told Elmira television station WENY.

As Kayla Seals approached, she realized the object on the ground was a baby in the plastic bag.

Police praised the sisters for immediately getting the child inside and rendering aid.

"They are truly heroes in this incident," Elmira Police Sgt. William Solt said.

Hoyt was being held Wednesday in the Chemung County Jail. Her public defender wasn't available for comment.

Copyright 2017 The Associated Press. All rights reserved. This material may not be published, broadcast, rewritten or redistributed.