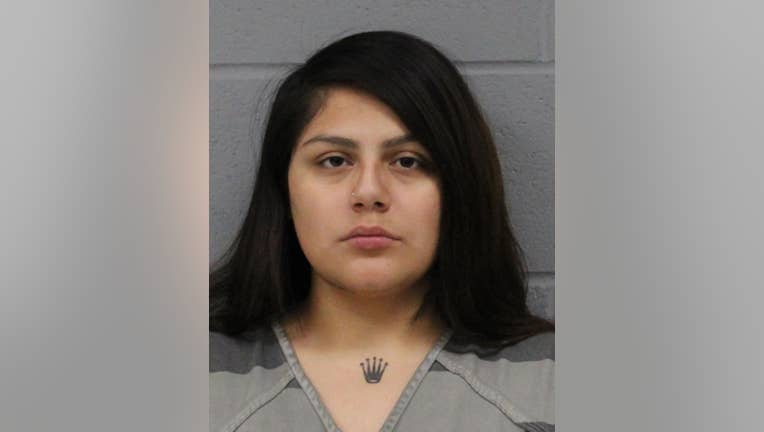 Ortiz was taken to the Travis County Jail where she was arrested for places weapons prohibited and possession of a controlled substance — Aprazolam.

According to the arrest affidavit, on Nov. 28, around 12:21 p.m., an officer was dispatched to Austin-Bergstrom International Airport due to a discovered firearm.

When an officer arrived, a TSA employee said she was working the x-ray machine when she found a firearm inside a purse. The purse belonged to an ABIA concession employee, 23-year-old Angelina Ortiz.

Ortiz told the TSA employee the purse was hers, and she forgot about the gun in her purse. Ortiz was then taken to another location to talk about the firearm.

During a search of her purse, a pill was found containing Aprazolam, a drug used to treat anxiety. It was also found that the gun had 13 rounds in the magazine, the arrest affidavit said.

Ortiz was taken to the Travis County Jail where she was arrested for places weapons prohibited and possession of a controlled substance — Aprazolam.

During the booking process, her purse was searched again, and officers found a small plastic baggy with a white powdery substance at the bottom of the inside pocket. The substance inside tested positive for cocaine.

Ortiz was also charged with possession of a controlled substance — cocaine.