Officials at ABIA have been watching the trends closely, and they say since last month they have seen a major uptick in passengers returning to the airport. John Krinjak has the details.

AUSTIN, Texas - Airports including Austin-Bergstrom International are expecting a big increase in passenger traffic over the Memorial Day Weekend, as folks take to the skies again.

Officials at ABIA have been watching the trends closely, and they say since last month they have seen a major uptick in passengers returning to the airport. Last weekend when NASCAR was in town, around 22,000 people passed through the airport on Sunday alone.

For Memorial Day Weekend, AAA Texas is expecting a more 543% increase in air travel over last year, with nearly 200,000 Texans expected to fly over the long weekend.

"We do anticipate that Memorial Day Weekend heading into the summer travel season is going to be significantly busier than last year, probably still a little below what we would see compared to 2019 which was our record-setting year," said Bryce Dubee, spokesperson for Austin-Bergstrom International Airport. "So really what we’re encouraging passengers to do if they’re heading to the airport this summer, particularly if you haven’t flown in a while, give yourself extra time. You are going to notice some changes when you come to the airport. As you can see I’m wearing a mask here in the terminal. We are still under the federal mask mandates." 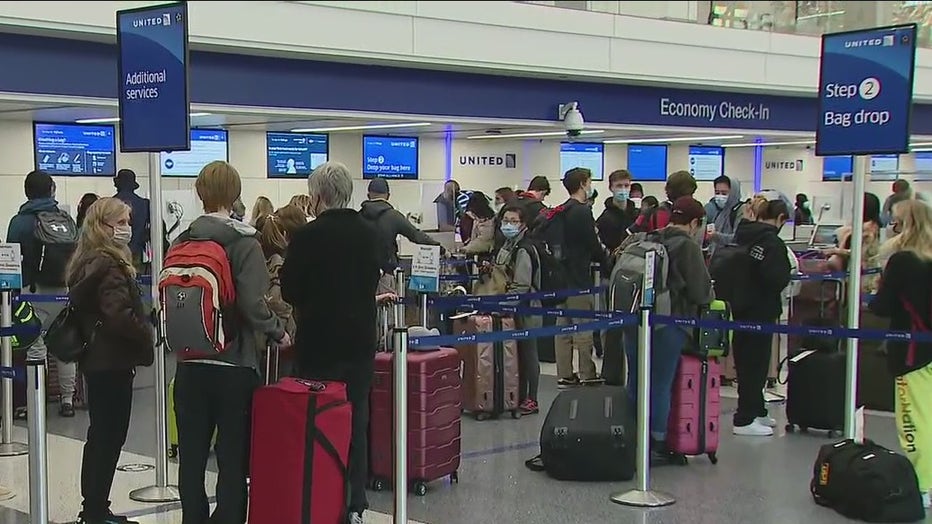 Officials have been watching the trends closely, and they say since last month they have seen a major uptick in passengers returning to the airport.

The TSA is still requiring masks in any airport and on all planes.

There are also touchless ways to check in, with measures such as Plexiglas in front of ticketing counters. All TSA security procedures are still in effect, so officials advise giving yourself about two hours before your flight. One area where the TSA is relaxing rules is on hand sanitizer—you can bring more than three ounces in your carry-on.

Officials at ABIA are expecting air travel to stay busy through the next several months, and they’ve seen airlines adding new routes for the summer, including a Hawaiian Air direct flight to Honolulu which was just added Thursday.

"So a big trend we are seeing as far as with destinations, with both interest as well as what the airlines are supporting, it’s really that focus on leisure travel right now. So in addition to Hawaii that we just launched a bit ago, we’ve added flights up to Bozeman, Montana. We’ve added some flights to destinations in Florida. We’ve got some really great opportunities to explore a lot of different places domestically while we’re still waiting for international travel to come back," said Dubee.

If you are flying, remember that rental cars are still at a premium, so you want to book those as soon as possible. Also, look at off-airport rental sites; those could be cheaper.

When you return from your travels, if you do not have any checked bags, ABIA officials encourage you to get picked up in the upper level "departures" area, as opposed to the "arrivals" area. That could save you some time.