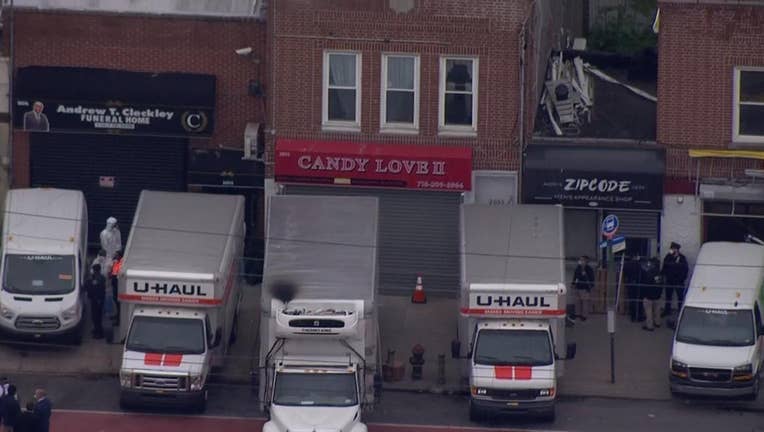 NEW YORK - Police were called to a Brooklyn neighborhood Wednesday after a funeral home overwhelmed by the coronavirus resorted to storing dozens of bodies on ice in rented trucks, and a passerby complained about the smell, officials said.

About 50 bodies were found inside 4 rented vehicles parked on Utica Avenue in the Flatlands section on Wednesday afternoon. Video from SkyFOX showed several vans and box trucks backed up onto the sidewalk outside several storefronts, including Andrew T. Cleckley Funeral Services.

The city's Health Department and Environmental Protection Department responded to the facility to help move the remains to refrigerated trucks, the police said. 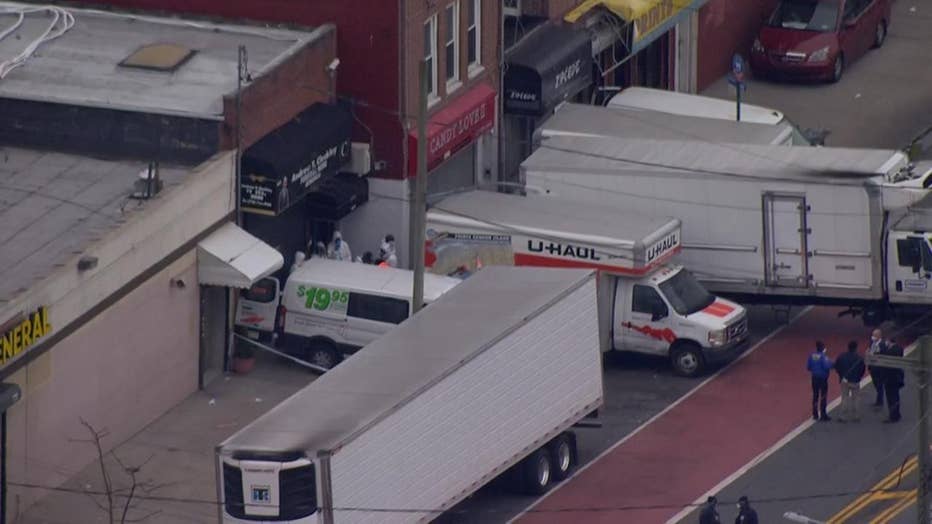 The Andrew T. Cleckley Funeral Home was cited for failing to control the odors. The home was able to obtain a larger, refrigerated truck later in the day, the official said.

Workers suited up in protective gear could be seen in the afternoon transferring bodies into the refrigerated truck.

A person who answered the phone at the funeral home hung up without speaking. Subsequent calls went to voicemail, which was full.

New York City funeral homes have struggled as at least 18,000 people have died in the city since late March. 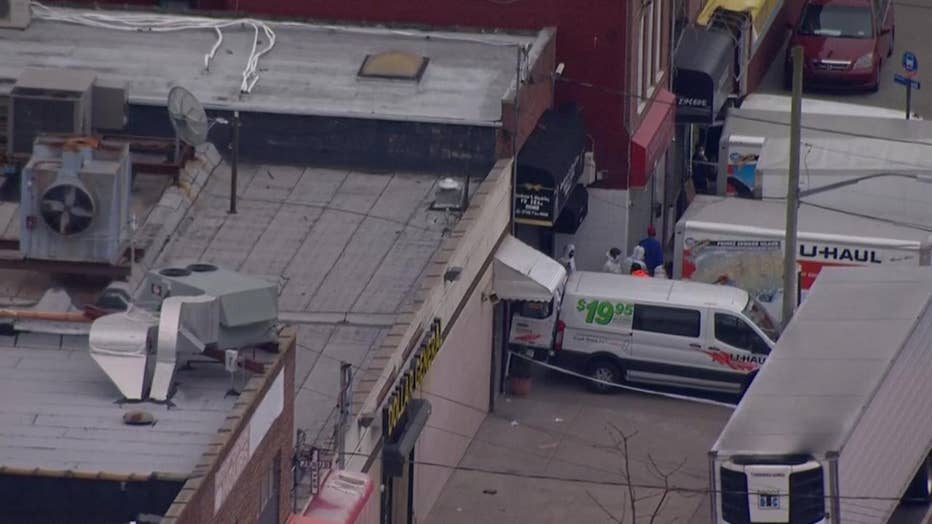 The city set up temporary morgues. Hospitals used refrigerated tractor-trailers to cart away multiple bodies at a time, sometimes loading them in public view on the sidewalk. Crematoriums have been backed up. Funeral directors across the city have pleaded for help as they have run out of space.

The NYPD notified the state Department of Health, which oversees funeral homes, about the situation at the Andrew T. Cleckley Funeral Home. It did not respond to an email seeking comment. 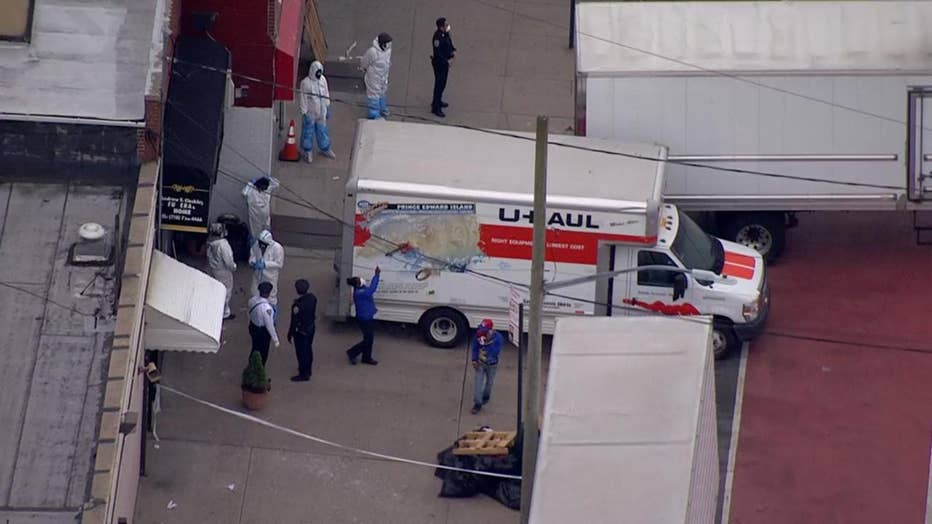 Brooklyn Borough President Eric Adams went to the scene on Wednesday evening. He told the Daily News, “While this situation is under investigation, we should not have what we have right now, with trucks lining the streets filled with bodies.”

He said, “it was people who walked by who saw some leakage and detected an odor coming from a truck.”

With the Associated Press.