More than 1,600 firefighters were battling the blaze in the Santa Ynez Mountains west of Santa Barbara on land and by air.

SANTA BARBARA, Calif. (AP) - Residents who fled the Alisal Fire west of Santa Barbara have been allowed to return home.

All evacuation orders and warnings were canceled Sunday afternoon.

The fire was 87% contained Monday morning and its size was holding at about 27 square miles (70 square kilometers).

The fire erupted in the Santa Ynez Mountains during high winds on Oct. 11. The cause remains under investigation.

In the Sierra Nevada, the KNP complex fire was 55% contained and no forward movement was expected, according to the daily status report.

A cold front passed through California overnight, bringing some precipitation. The cooler air mass and much higher humidity were expected to persist in the KNP area. 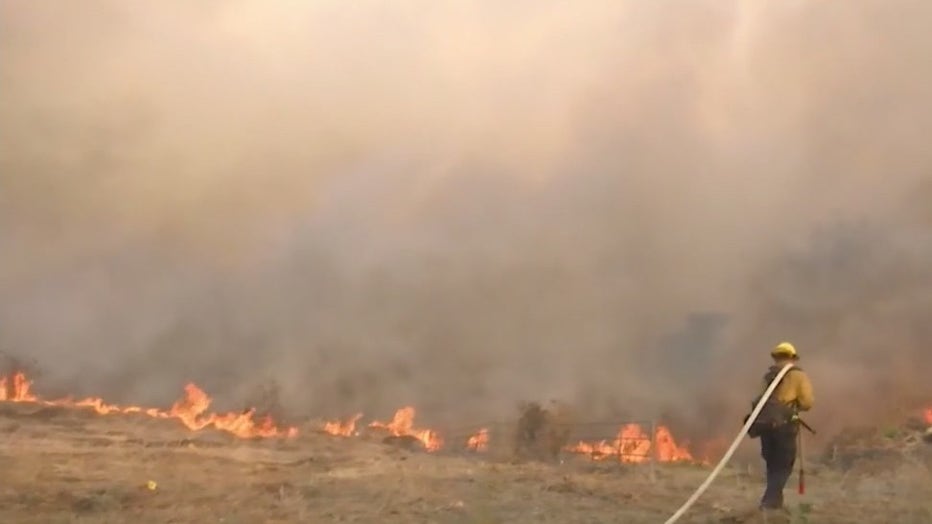 The KNP Complex has been burning since Sept. 9, when lightning ignited two fires that later merged.

Drought in the West tied to climate change is making wildfires harder to fight. Scientists say climate change has made the West much warmer and drier in the past 30 years and will continue to make weather more extreme and wildfires more frequent and destructive.