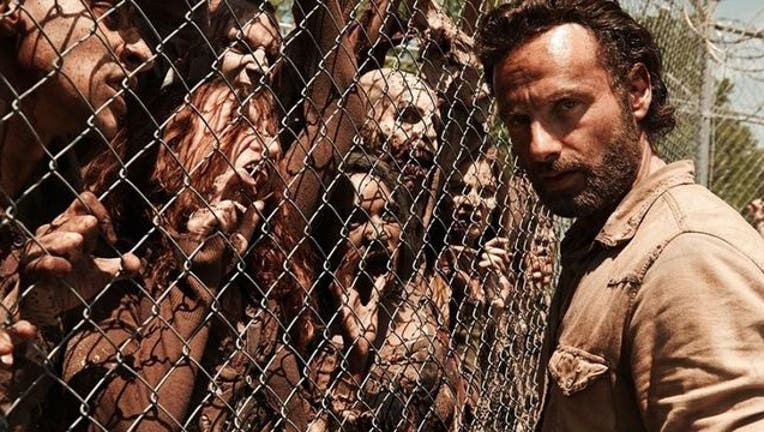 Andrew Lincoln, star of "The Walking Dead," will reportedly leave the show after its ninth season. (AMC)

FOX NEWS - Andrew Lincoln, star of AMC's "The Walking Dead," will reportedly leave the show after its ninth season, which is currently in production.

Lincoln's departure from the show was reported by Us Weekly on Tuesday. The actor is reportedly slated to only appear in six of the season's episodes.

A source told the news outlet Lincoln, 44, is leaving to focus more on films.

"The Walking Dead," one of AMC's top shows, has dipped in the ratings in recent seasons as viewership has declined.

His reported depature is one of several shake-ups the show has experienced in recent months. Series showrunner Scott Gimple was promoted to a role that oversees "The Walking Dead" and its spinoff, "Fear the Walking Dead," with writer Angela Kang filling his role.

Reps for Lincoln did not immediately respond to Fox News' request for comment, while AMC declined to comment.