Dozens of cats taken from Round Rock home

Animal Control officers took dozens of cats from a home in Round Rock today and will need to return again to retrieve the remaining cats.

ROUND ROCK, Texas - Animal control officers are removing up to 60 cats from a Round Rock home.

The cats, as well as an unknown number of deceased cats, are being removed from a home on Woods Boulevard, according to the Round Rock Police Department (RRPD). The home is reportedly occupied by an elderly couple.

The couple is no longer able to care for the cats and voluntarily gave up custody to them.

28 cats were removed from the home on Wednesday, according to police.

More cats will be extracted on Thursday. 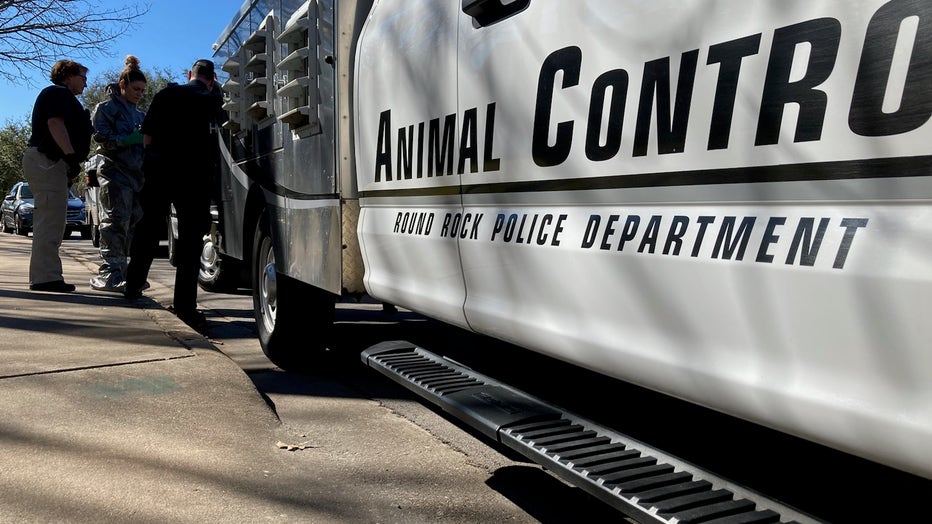 Photo of Round Rock Police Department Animal Control on the scene of a home on Woods Boulevard where animal control officers are removing up to 60 cats on January 5, 2022.

The cats that have been removed so far have been taken to the Williamson County Regional Animal Shelter. The investigation is ongoing, according to RRPD.