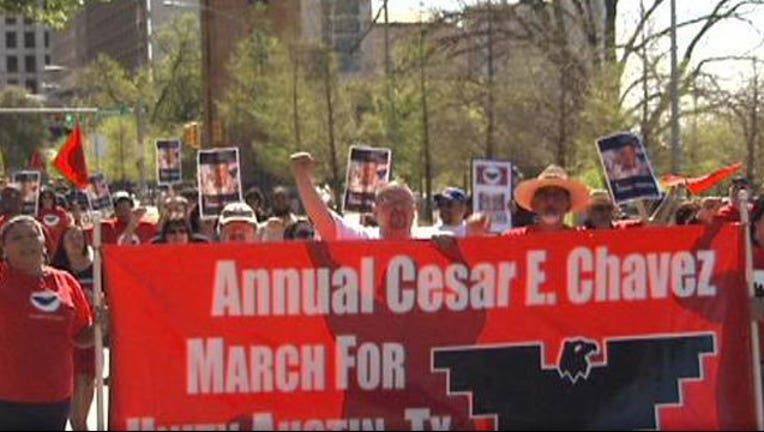 AUSTIN, Texas - The work of civil rights activist Cesar Chavez lives on and over the weekend an annual march showed how his efforts continue to inspire.

Hundreds of people came to honor the iconic leader who advocated equal rights and recognition for the working class.

Leading the way was Paul Chavez, son of Cesar Chavez.

Paul has continued in his father's footsteps spearheading the expansion of what is now known as the Cesar Chavez Foundation.

The foundation has significantly impacted the lives of hundreds of thousands of Latinos.

Each year the grassroots effort called PODER (People Organized in Defense of Earth and her Resources) celebrates Chavez's legacy and holds this special march.

Mayor Steve Adler was among those who came to show support.