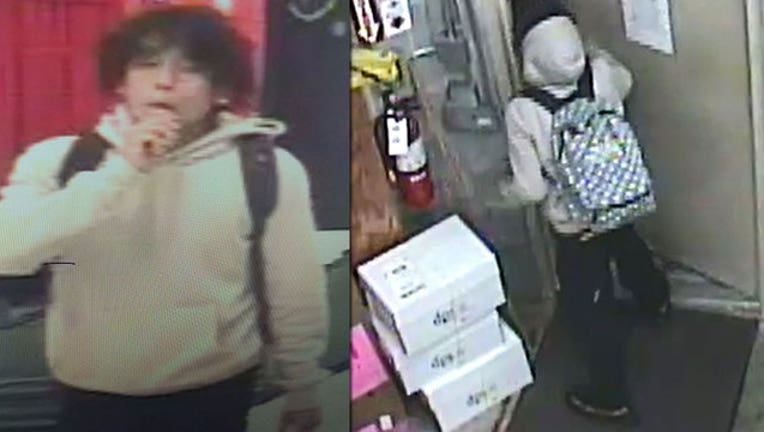 AUSTIN, Texas (FOX 7 Austin) - The Austin Police Department is asking the public for help in identifying and locating a burglary suspect.

Police say that the suspect entered the store and remained hidden inside until after closing.

Sometime after midnight the suspect came out from where he was hiding and proceeded to the jewelry section of the store and stole a large amount of jewelry before leaving.