AUSTIN, Texas - The Austin Police Department has identified the person killed in a fatal crash in North Austin. 22-year-old Alexis Enrique Aguirre Torres was killed in the four-vehicle crash that occurred on April 24 in the 4900 block of North I-35 northbound.

APD says the preliminary investigation shows that a white, 2021 Kia Forte collided with a green, 2009 Toyota Corolla, a silver, 2007 Acura TL, and a red, 2006 Pontiac Grand Prix. The driver of the Kia and all four passengers inside were transported to Dell Seton Medical Center at the University of Texas with injuries.

Torres was one of those passengers and he was pronounced dead at 2:40 a.m. The initial reports stating the Kia was driving in the wrong direction and that several individuals involved in the crash had been ejected were inaccurate.

The driver in the Toyota Corolla, Jessica Nicole Vasquez, was arrested on scene for DWI. 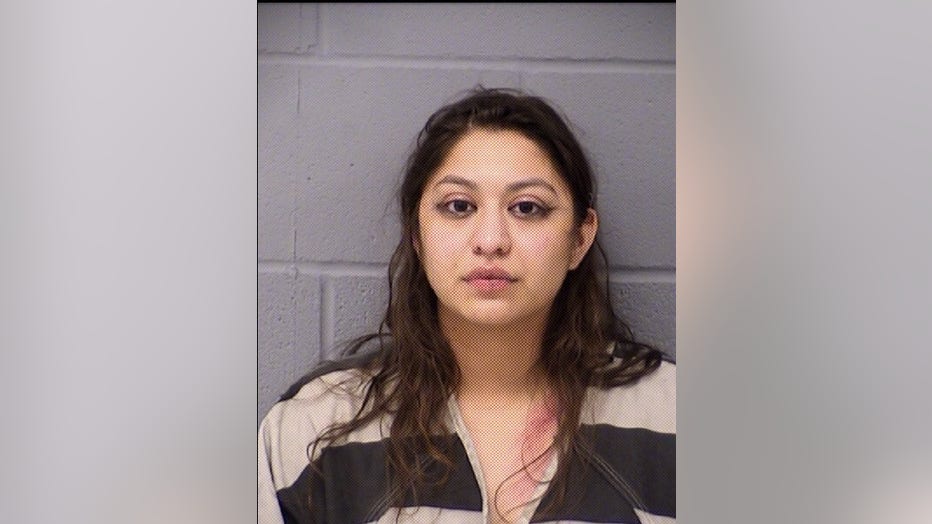 The driver in the Toyota Corolla, Jessica Nicole Vasquez, was arrested on scene for DWI.

This is an ongoing investigation.

This is Austin’s 33rd fatal traffic crash of 2021, resulting in 35 fatalities for the year. On the date of this crash in 2020, there were 29 fatal crashes resulting in 31 fatalities.

Anyone with information regarding this case is asked to call APD’s Vehicular Homicide Unit Detectives at (512) 974-4278, utilize the Crime Stoppers tip line at 512-472-8477 (TIPS), or the Crime Stoppers app. You may remain anonymous. You can also submit tips by downloading APD’s mobile app, Austin PD, for free on iPhone and Android.