AUSTIN, Texas - The Austin Police Department Aggravated Assault Unit is asking the public for help identifying a suspect involved in a deadly conduct incident that happened on Saturday, September 12 at around 11:15 p.m.

Officials say that a fight broke out among several people in a parking lot located at 12425 N. I-35 where a car club was meeting. During the fight, the suspect fired a gun into the air, causing many in the crowd to flee either on foot or in vehicles.

The Austin Police Department conducted an operation on a parking lot in North Austin where they noted significant levels of criminal activity happening in conjunction with car clubs.

RELATED: Residents say they're fed up with car club meet-ups in North Austin

The incident happened during a multi-agency police operation addressing illegal activity associated with this car club that had been meeting on the property since the beginning of the summer.

The suspect is described only as a Black or Hispanic male with a stocky build and last seen wearing a red sweatshirt, grey Nike shorts with “swoosh” on the left leg and possibly dark-colored sneakers. 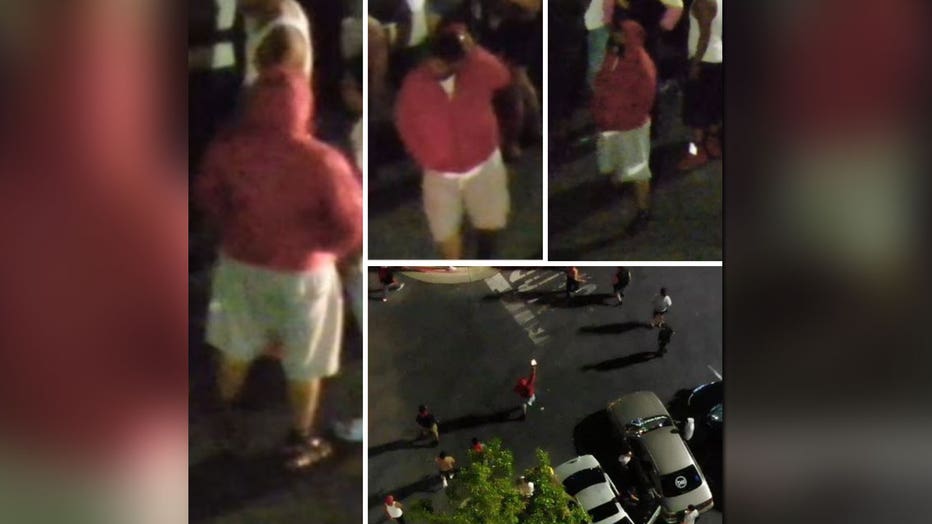 Officials say that shooting a gun into the air within the city limits is a Class C misdemeanor, but doing so in a crowded space is a third degree felony and is punishable by two to 10 years in prison and a fine of up to $10,000.

Detectives are asking that anyone who has information on this case to please call Capital Area Crime Stoppers at 512-472-TIPS (8477) or visit their website to submit a tip via the web or mobile app. All information is anonymous and may be eligible for a reward up to $1000.