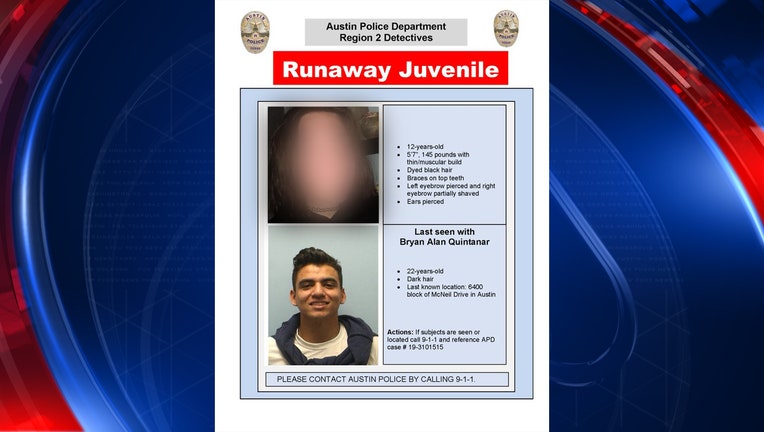 AUSTIN, Texas - UPDATE: Ava Mitchell has been located and is safe.

The Austin Police Department is asking for the public's help in locating a 12-year-old runaway, last seen with a 22-year-old North Austin man.

Ava Mitchell is 5'7", 145 pounds with a thin, muscular build. She has dyed black hair, braces on her top teeth and her left eyebrow and ears are pierced. Her right eyebrow is partially shaved.

She was last seen with Bryan Alan Quintanar of North Austin. His last known location is the 6400 block of McNeil Drive in North Austin.

APD is asking anyone who sees Mitchell or Quintanar to call 911 and reference APD case number 19-3101515.